Brazilians in Gort: 'We’re no different to undocumented Irish in US' 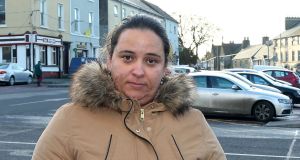 The State may be losing an estimated €41 million annually in unclaimed tax by failing to regulate the situation of undocumented migrants, a report due to be published in Galway this weekend says.

“We don’t want to break the law – we want to do the right thing and regularise our status,”a Brazilian-born parent seeking documentation says in the report, released to mark Human Rights Day this Sunday.

Just as undocumented Irish in the US crave legal status, so some 26,000 undocumented in this State should be acknowledged for their contribution, the report by the Gort Justice for Undocumented Group says.

Entitled Gort is my Home, the report is inspired by and informed by Better Outcomes, Brighter Futures, the national policy framework for children and young people 2014-2020.

After the recession hit in 2008, the meat plant closed, work began to dry up, but Brazilians who had secured informal work as carers and domestic workers, or as day labourers in construction and agriculture for a time, remained

Galway is the most multicultural city in Ireland, with 18.6 per cent of its population recorded as non-Irish. One of the largest expatriate communities in the wider county is from Brazil, hired to work in a local meat plant in Gort almost 20 years ago.

When their visas expired, the report says the authorities overlooked the status of the immigrants as their labour was required to fuel the local economy – as in much of “Celtic Tiger” Ireland. By 2006, some 40 per cent of Gort’s population of 2,700 was Brazilian, and a measure of its integration was the success of champion hurler Leonardo Gomes.

After the recession hit in 2008, the meat plant closed, work began to dry up, but Brazilians who had secured informal work as carers and domestic workers, or as day labourers in construction and agriculture for a time, remained.

While some were able to regularise their status, others who had established strong connections with the area became the “undocumented” – a vulnerable group that the Gort Family Resource Centre has sought to support.

There is no access to medical cards, and undocumented live with the constant fear of deportation – a situation participants in the survey, such as Joyce Correa da Silva, recall.

Ms da Silva (36), who has secured documentation, came over with her husband 15 years ago when he was offered work in Co Kildare. After they split up, she moved with her young son to Gort and it took two years to regularise her situation. Some of her peers were not so fortunate.

“Regularisation is an income-generating scheme,” the report says. “It has the potential to generate at least €11.5 million in once-off fees, while existing immigration fees could generate up to €5 million annually.

“The State is losing up to €41 million annually in unclaimed direct taxation by failing to regularise an estimated 26,000 undocumented,” it says, and it estimates that employer PRSI contributions could generate up to €20 million per year.

“Regularising undocumented migrants and their families who have long since made Ireland their home is not only the right thing to do; it’s the smart thing to do,” it says.

Election 2020 outtakes: Vintage van and limo prove a stretch 12:12
Election 2020: ‘We all think the health service is a lost cause’ 12:04
Fianna Fáil’s pitch on health is strong on diagnosis yet less so on cure 12:03
Gardaí suspect botched murder attempt was bid to avenge Mulready-Woods death 11:56
Churches urge faithful to exert pressure on politicians over housing 11:53