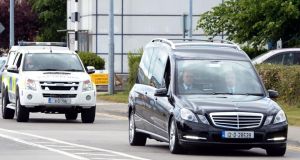 The remains of Olivia Burke are taken from Dublin Airport. The first funerals in Dublin of victims of the Berkeley balcony disaster will take place this morning. Photograph: Eric Luke. 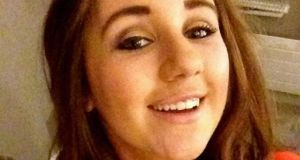 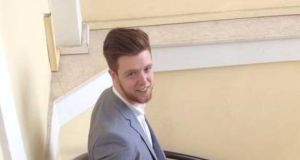 The first funerals in Dublin of victims of the Berkeley balcony disaster will take place this morning.

Eoghan Culligan’s funeral will be held at 11am at the Church of the Annunciation, Rathfarnham, followed by burial afterwards at Mount Jerome Cemetery in Harold’s Cross.

Mr Culligan (21), from Rathfarnham is survived by his parents Marie and Gerry, his brothers Andrew and Stephen, his sister-in-law Theresa and girlfriend Sarah.

He had just completed his third year in supply chain management and Logistics at Dublin Institute of Technology and was due to start his final year of studies in September. The chief celebrant at his Mass will be Fr Richard Olin from St Mary’s College, where Mr Culligan went to school.

At the same time, the funeral will take place of UCD medical student Eimear Walsh (21). Her funeral Mass is at the Church of Our Lady of Perpetual Succour in Foxrock at 11am followed by burial at Shanganagh Cemetery.

She is survived by her parents Jim and Patricia and brother Robert. The chief celebrant will be Fr Paul Ward, a curate at Foxrock.

His funeral mass will take place at the Church of the Three Patrons in Rathgar at 11am and the chief celebrant will also be Fr Olin.

The funeral for Olivia Burke will take place tomorrow morning at the Church of Our Lady of Perpetual Succour, Foxrock, followed by burial in Deans Grange Cemetery.

Ms Burke (21), a student at Dún Laoghaire Institute of Art, Design and Technology, was killed along with her US-born cousin Ashley Donohoe (22). Ms Burke is survived by her parents Paul and Paula and her brother Gavin. The chief celebrant at her funeral will be Fr Frank Herron, the administrator of Foxrock parish.

Ms Donohoe, an Irish-American citizen whose parents George and Jackie, emigrated to the US from Dublin in 1989, was buried on Saturday near her hometown of Rohnert Park, north of San Francisco. Her parents will attend Ms Burke’s funeral service.

The funeral arrangements for UCD medical student Lorcán Miller (21) have yet to be announced.

Both the Burke and Donohoe families were on the flight from San Francisco which arrived into Dublin Airport at 11.33am. They were accompanied by an official from the Department of Foreign Affairs and one from the US embassy in Dublin.

The cortege was met by motorcycle outriders and a Garda escort as it made its way from Terminal 2.