BAI rules against description of Irish speakers as ‘nutters’ 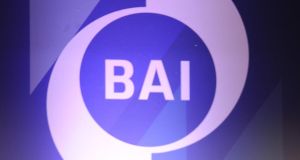 The BAI has upheld a complaint against an FM104 radio presenter who described some supporters of the Irish language as being ‘nutters’, ‘mad’ and ‘insane’. File Photograph: Alan Betson/The Irish Times

A complaint against a radio presenter who described some supporters of the Irish language as being “nutters”, “mad” and “insane” has been upheld by the Broadcasting Authority of Ireland (BAI).

Ms Ní Mhóráin said that the broadcast had included claims by presenter Chris Barry that “Irish is rammed down your neck at school” and that Gaeilgeoirí are “nutters”, “fanatical”, “mad” and “insane”.

She also objected to a contributor who said that Irish parents sending their children to Gaelscoileanna was a “middle class thing to do . . . they think they’re higher than other people”.

Ms Ní Mhóráin said that this statement was untrue in her case, as her first language was Irish.

FM104 had defended the broadcast following the complaint. The radio station conceded that Mr Barry had suggested that some Gaeilgeoirí were “nutters” and “fanatical about the language to the point at which they just pissed people off completely”.

The station said that Mr Barry also used the words “mad” and “insane” to describe some Gaeilgeoirí, but that he had meant a certain type of Irish language speaker.

FM104 claimed that Mr Barry had said that those who love the language should be facilitated but had questioned why it should be compulsory at Leaving Certificate level in Irish schools.

Mr Barry had stated that some “fanatical” supporters of the Irish language would resist moves to make the language no longer compulsory at school.

He also suggested that if an Irish language speaker insisted on accessing state services through the language, he could be characterised as an “awkward son of a bitch”.

Ms Ní Mhóráin also objected to the use of the word “Taliban” to describe those involved in promoting the language on the programme.

FM104 stated that this was a phrase commonly used to describe Irish language lobbyists.

“For example, it had been used to describe some members of Conradh na Gaeilge and their methods of protesting outside Dáil Éireann, and has been used in various newspaper articles published in Irish newspapers down through the years, in reference to those who dogmatically insist on the Irish language remaining as an official language and compulsorily being taught to all students.

“The broadcaster states that, again, the phrase - which was used in many publications well before this broadcast – was not used, as the complainant suggests, by the presenter to refer to [all] people who speak Irish, nor was it used to analogise Irish speakers with terrorists, but more specifically it was used to create an analogy between a minority of Irish speakers and the fanatical traits of the Taliban, who doggedly choose to impose their ways and wills on others.”

FM104 stated that it was confident the programme in question, which focused on compulsory Irish at Leaving Certificate level, was “fair, objective and impartial with regard to the affairs of the day”.

The BAI’s compliance committee held that Irish language speakers did not constitute a group in society and therefore did not come under the code.

However, the committee held that presenter Chris Barry had “consistently interrupted contributors who did not agree with the editorial position of the programme on the Irish language and he had characterised one of the contributors as an ‘awkward son of a bitch’”.

The authority found that the tone and manner of the presenter’s contributions were therefore “unfair and contrary to the BAI’s code”.