Level of ownership continuing to decline and is at its lowest since 1971, warns Ciaran Lynch 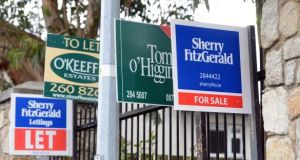 Government moves to increase new build housing supply will only fix the housing crisis if it allows those on average incomes to buy an average house, according to former Labour TD Ciaran Lynch.

Mr Lynch, who chaired the Banking Inquiry in the last Dáil before losing his seat in Cork South Central, said the housing market will remain broken as long as working people cannot afford an average house.

“A functioning housing market should enable a person on the average industrial wage to affordably and sustainably buy a home over a period of time that does not mean the entirety of their working lives,” he said.

“Any proposed remedies involving increased supply and new build will only work if they create a market in which average earners can affordably and sustainably buy an average house whether it be from existing or new build.”

Mr Lynch said the level of home ownership is continuing to decline and is now at its lowest level since 1971 and stemmed not just from the financial crash but from the failure to recognise the warning signs regarding the cost of average houses relative to average incomes.

“This was a major factor in causing the last property crisis and as long as this is not addressed the present crisis will continue get worse,” said Mr Lynch before a public meeting in Cork on the housing crisis organised by the Labour Party for Monday night at the Imperial Hotel.

Fiona Dunne of OneCork, a group set up by the Cork Council of Trade Unions, said the housing crisis in Cork cannot be solved by the private sector and instead Cork City Council and Cork County Council should form a joint Municipal Housing Authority to build new houses.

Setting up a Municipal Housing Authority at “arm’s length” from the council would mean that borrowings from the European Investment Bank at low interest rates could be kept off the state’s balance sheet as required by fiscal rules, she said.

Cork County Council has already proposed setting up a company at arm’s length to borrow money from the EIB at low interest rates to create the infrastructure needed for housing but the OneCork group believe the council should go further and use the offshoot company to also build the houses.