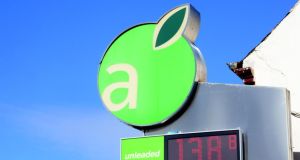 A complaint to the Competition and Consumer Protection Commission alleges Applegreen is engaged in strategic objecting to rival planning applications. Photograph: Cyril Byrne

A complaint alleging fuel retailer and motorway services company Applegreen has improperly used planning rules to win advantage over rivals has been lodged with the Competition and Consumer Protection Commission.

The complaint alleges that Applegreen is engaged in a strategic practice of objecting to rival planning applications – a move that could delay a development for a number of years.

The complaint was lodged by rival motorways services developer Pat McDonagh of Supermac’s and the Plaza Group, who alleges Applegreen offered to lift an objection to one of his developments in Co Clare in return for the concessions to sell petrol and diesel.

The Plaza Group operates the Barack Obama Plaza on the M7 and similar service areas in Galway, Tipperary, Cork and Mayo. Further services are in the pipeline for Portlaoise and Longford, both of which have also been the subject of objections from Applegreen.

Applegreen, which opened its first station in Ballyfermot, Dublin, in 1992, currently has 193 sites in the State, 158 in the UK and 121 sites in the US. It saw revenues grow 41 per cent to €2 billion last year.

Documents seen by The Irish Times show Applegreen made submissions or objections to local authorities concerning 27 of its competitors’ proposed developments between 2015 and last October.

In 10 cases where the developments were approved by local authorities, Applegreen objected to An Bord Pleanála.

Documents relating to one of these appeals show that, in 2017, Applegreen objected to An Bord Pleanála over South Dublin County Council’s decision to grant planning permission to an independent operator Vecglen Ltd for a site at Ballymount Avenue.

Consultants for Applegreen argued the development would lead to an over-proliferation of filling stations in the area, would negatively impact traffic safety and would be contrary to local and national policy.

Applegreen subsequently acquired Vecglen’s interest in the site, and successfully applied for planning permission. It now operates its own filling station on the site.

Asked about the issues, a spokesman for Applegreen said: “Applegreen does not comment on individual planning applications or its approach to developments”.

The commission said it could not comment on individual cases as submissions were treated with the highest confidentiality.

It is understood that a large part of Mr McDonagh’s complaint to the competition commission relates to his proposed development of a plaza-style motorway services area beside the M18 near Ennis.

He alleges Applegreen offered to withdraw its objection to the development, in return for the concessions to sell fuel, sandwiches, teas and coffees for an initial 10 years.

Mr McDonagh’s Supermac’s chain would provide restaurant food, according to the alleged plan. Although a draft legal document was drawn up, and emails exchanged between the parties, agreement could not be reached.

The Ennis development was not approved by An Bord Pleanála and Mr McDonagh applied to Clare County Council for permission again last year, with Applegreen again lodging an objection with the local authority.

Mr McDonagh said he did not want to comment publicly on matters before the commission.

Documents on file with An Bord Pleanála indicate that Applegreen has also appealed against the Portlaoise plaza, while in recent weeks it has objected to Longford County Council over the proposed McDonagh development there. A decision on the Longford plaza is imminent .

Sources close to Mr McDonagh said the Plaza group had objected to the development of competitors’ sites “but only where it affected them closeby”.