‘Almost one-third’ of drivers admit to driving unaccompanied as learner 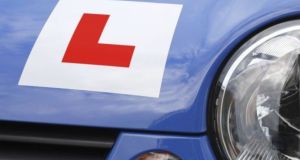 The Clancy Amendment allows for gardaí to seize the the vehicle of an unaccompanied driver. Photograph: iStock

Nearly one-third of drivers have admitted to driving unaccompanied as a learner, according to a new poll.

Over half of those interviewed know a learner driver who drives or has driven unaccompanied.

The Clancy Amendment, which came into force in December 2018, allows for gardaí to seize the the vehicle of an unaccompanied driver.

Those who had driven unaccompanied were primarily in the 35-54 age bracket, from Munster, working full time and from a more affluent social class.

Those aged 55 years and over and those with a full driving licence were more likely to be against any relaxation of the restrictions placed on learner drivers.

People from rural areas, as well as Connacht and Ulster residents, tended to oppose any relaxation of the current rules.

Those from rural Ireland were also more likely to agree that learner drivers should be accompanied in general or in urban areas.

Sean McGreath, chief executive of Allianz Ireland, said despite tougher legislation “it is concerning that we are seeing learner drivers willing to drive alone”.