All water-based emergency calls to go to Irish Coast Guard 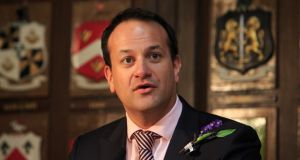 All water-based emergency telephone calls are now being relayed directly to the Irish Coast Guard under a new system introduced in the wake of the sinking of the Tit Bonhomme fishing vessel off the west Cork coast.

Calls made through the “999” and “112” emergency numbers are no longer being transferred automatically to the Garda if the operator knows it involves an incident on water.

The measure is one of a series being implemented by the Department of Communications, Energy and Natural Resources, following recommendations made in a report on the response to the Tit Bonhomme alert.

Skipper Michael Hayes (52), from Helvick Head, Co Waterford, and four of his five crew died after their vessel hit Adam’s Island at the mouth of Glandore harbour, Co Cork, on January 15th, 2012.

Neither the Irish Coast Guard, which is responsible for marine search and rescue, nor the Marine Casualty Investigation Board, which handled the official inquiry, were aware that two calls had been made until the inquest in May 2013.

Both agencies believed one call had been made up to that point.

The lack of information picked up by the operator taking the first call was described as “extraordinary” at the inquest by barrister Elizabeth O’Connell, for skipper Michael Hayes’s widow Caitlín Uí hAodha.

The review of the response was initiated after former transport minister Leo Varadkar said in 2013 there were “concerns”, and promised a change to the existing system of responding to 999 calls.

Last year, a report was completed by a review group, which said the Emergency Call Answering Service provided was “in line with the approved procedures at the time”.

The report included a number of recommendations, such as the relaying of calls to the Irish Coast Guard if they appear to be water-based; the confirming of the location of the caller by the emergency services, while the operator continues to monitor the call; and a technology upgrade by the Irish Coast Guard.

A technology upgrade by the Irish Coast Guard, which had been initiated independently of the Tit Bonhomme (italics), will also allow for automatic logging of information and "line sniffing" systems. The Shared Incident Logging and Analysis System (SILAS) will be fully implemented in the second quarter of this year, the Department of Communications says.

Commenting on the report, which was given to bereaved families of the Tit Bonhomme crew late last year, Ms  Caitlin Ui hAodha said that she was not surprised at the main finding.

"Hopefully  these improvements will mean that information from calls made is picked up in full, that the right measures are taken - and that we will have learned from all this," she said.