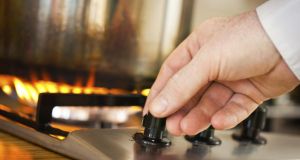 The latest shot in what could become a sustained price war across the domestic energy market was fired this afternoon when SSE Airtricity announced plans to reduce its household energy prices in a move which will save its dual fuel customers an average of €58 a year.

The reductions, which come into effect on April 1st, will see the company reduce its household prices for new and existing gas customers by 4 per cent while the cost of its domestic electricity will fall by 2 per cent.

Once the cuts are passed on, SSE Airtricity’s average annual cost of gas will be €919 for those who pay by Direct Debit and have eBilling . This represents an average annual reduction of €35.

The average cost of electricity for its customers will stand at €1,206, an average annual reduction of €23.

The reduction will apply to around 440,000 SSE Airtricity household customers.

The news comes after a report published by Irish gas and electricity supplier Vayu Energy found that consistently strong supplies and reduced demand across Europe have caused the Republic’s wholesale gas prices to fall 30 per cent year on year while an 8 per cent fall has been recorded since the start of the year alone.

Were price falls of this magnitude passed on to consumers they would benefit by more than €400 a year.

While the SSE Airtricity price cuts announced are considerably more modest than what the wholesale market would suggest was possible, its MD Stephen Wheeler said the company’s “approach to buying energy on wholesale markets ensures we can offer prices to customers that are both competitive and stable”.

The Minister for Energy Alex White welcomed the announcement, which he said came as he begins a series of separate meetings with the chief executives of energy companies to discuss the speed with which wholesale energy price reductions are being reflected in household bills.

The failure of domestic energy companies to pass on any savings to consumers has been highlighted by the chairman of the Oireachtas transport and communication committee, John O’Mahony, who earlier this month called on the companies to explain why they had been so slow in passing on the price cuts.