7,000 staff at ESB look set to get pay increases of 2 per cent from April 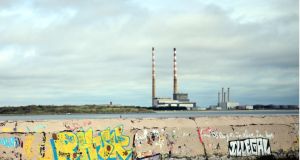 Nearly 7,000 staff in the ESB may be set to receive pay increases of 2 per cent.

Unions representing staff at the State-owned electricity utility had sought a three-year 3.5 per cent per annum pay increase.

However Industrial Relations News reported yesterday that the internal joint industrial council in the ESB had recommended a 2 per cent pay rise for employees.

The group of unions in the company had entered a hearing on pay last month with a position that a 3.5 per cent rise should be applied from the conclusion of a long-standing pay freeze at the ESB, which ended a year ago in March 2014.

If the proposed 2 per cent rise is accepted it will apply from April 1st this year.

This means the joint industrial council decided not to back the call for retrospection of the increase to cover the year since the freeze expired.

A 2 per cent increase would be in keeping with pay increases in the private sector over the last year. Parties in the company have until May 15th to consider the recommendation of the joint industrial council.

The Government is set next month to begin talks with trade unions representing about 300,000 staff in the public service on restoring pay.

1 Could Ireland put towns under lockdown if coronavirus arrived?
2 Dublin man may have been stabbed to death by woman in parking space row
3 IRFU seek meeting over call to postpone Ireland-Italy match
4 Ex-paratrooper and IRA man allegedly involved in murder of three soldiers
5 Masks and hand gel sell out as coronavirus fears take hold
Real news has value SUBSCRIBE