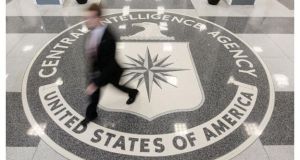 The report by the Open Society Justice Initiative, a human rights advocacy group, said 54 foreign governments aided the US counterterrorism offensive in the wake of the 9/11 attacks. Photograph: Reuters

Ireland was one of 54 countries which helped facilitate the CIA's secret detention, rendition and interrogation programme in the years after the 9/11 attacks, according a new report.

The report by the Open Society Justice Initiative, a human rights advocacy group, said foreign governments aided the US’s counterterrorism offensive in various ways including by hosting CIA prisons on their territories; detaining, interrogating, torturing, and abusing individuals; assisting in the capture and transport of detainees; permitting the use of domestic airspace and airports for secret flights transporting detainees.

Its Globalising Torture report identified 136 people who had been held or transferred illegally by the CIA, the largest list compiled to date.

It also provided new information about the handling of both al-Qaeda suspects and innocent people caught up in the counterterrorism programme.

The report said Ireland permitted the use of its airspace and airports for flights associated with CIA extraordinary rendition operations.

Its evidence against Ireland was based on a number of sources including three high-level reports from the European Parliament, the Council of Europe and the United Nations which expressed concern about the country’s "alleged co-operation" in the CIA rendition program.

US court records from another case involving Richmor Aviation, a company that operated CIA extraordinary rendition flights, also show that at least 13 flights operated by Richmor involving US personnel landed in Ireland between 2002 and 2004.

Richmor-operated flights were involved in the extraordinary rendition of the Egyptian cleric Abu Omar,1120 and are also suspected of having refueled at Shannon before transporting Abd al Nashiri.

The Open Society report also referenced diplomatic cables released by WikiLeaks which revealed former US ambassador James Kenny noted in 2006 that the Irish Government had “acted to ensure continued US military transits at Shannon in the face of public criticism” despite public concern that the airport was being used for extraordinary rendition flights.

While the Bush administration in the US acknowledged that the CIA had secretly detained about 100 prisoners, the US government has to date only identified 16 “high value detainees” who were secretly held in CIA detention prior to being transferred to its detention centre in Guantánamo Bay.

The US also has refused to disclose the identities of the foreign governments that participated in secret detention or extraordinary rendition. “By engaging in torture and other abuses associated with secret detention and extraordinary rendition, the US government violated domestic and international law, thereby diminishing its moral standing and eroding support for its counterterrorism efforts worldwide as these abuses came to light,” the report said.

The report's author, Amrit Singh, said: "The moral cost of these programs was borne not just by the US but by the 54 other countries it recruited to help."

Colm O’Gorman, executive director of Amnesty International Ireland, said: "It is undeniable that the Irish Government knew rendition flights transited Ireland and that they knew this breached the legally binding international convention on torture. Yet they did nothing.

“Official Ireland was prepared to ignore our role in kidnap and torture for the sake of maintaining good relations with the United States government,” he added

Among its list of recommendations to the US government, today's report calls on the administration to repudiate the CIA’s practice of extraordinary rendition, and to cease its reliance on “diplomatic assurances” against torture or cruel, inhuman or degrading treatment or punishment, as a basis for transferring individuals to foreign countries.

The report also calls on other governments to refuse to participate in CIA extraordinary rendition, and to "institute safeguards" for ensuring that future joint counterterrorism operations do not violate human rights standards.

In December, the European Court of Human Rights found the CIA responsible for the torture of Khalied el-Masri, a German citizen abducted by the agency and taken to Afghanistan in a case of mistaken identification.

On Friday, an Italian appeals court convicted a CIA station chief and two other Americans of the kidnapping of a radical cleric taken from the streets of Milan in 2003 and sent to Egypt.

Irish pack must expose the weakness in England’s backrow 07:00
Donegal facing stern test of their credentials at Croke Park 06:00
England v Ireland preview: Ireland’s revival to face its sternest test 06:00
162 students have competed in the 2020 Irish Times Debate 06:00
Rare chance for Dublin to shine at Croke Park as they host Wexford 06:00