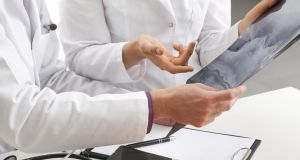 Facilities for patients with acute psychiatric difficulties in Waterford University Hospital remain unsuitable despite a recent €1.2 million upgrade, according to a new report.

The Inspector of Mental Health Services reports for 2014 also outlined concerns over the admission of children to adult facilities as well as “careless” prescription practices in certain centres.

Despite being largely compliant across various categories the Waterford hospital came in for particular criticism, and inspectors concluded that attempted improvements to the acute unit at the Department of Psychology failed to address issues of design, layout and care facilities.

As a result, residents of the 10-person unit were left without dining facilities or adequate seating areas.

Eight children were admitted to the psychology department over the course of 2014 despite it being identified as an unsuitable location for minors.

The report author concluded that children within the hospital’s southeast catchment area were not well served in terms of access to mental healthcare, and in one particular incident clinical staff expressed concern that they could not adequately assess one child resident due to the “inappropriateness” of the accommodation provided.

Staff at other care centres were criticised for their careless approach to prescriptions and shallow understanding of medication practices.

An inspection at the St Michael’s unit of Mercy University Hospital, Cork, revealed that nursing staff had been administering medication which was not signed or dated by a doctor. Unsatisfactory filing methods meant that some drugs were not administered at all as nurses did not know how to fill in the administration record.

The unit’s premises were deemed unsuitable due to poor layout and the absence of outdoor space, and a lack of privacy afforded to residents meant one individual had their dignity “seriously compromised” after inspectors witnessed the person naked in their own room.

Medication was also an issue at St Finan’s Hospital in Killarney, where mental health staff were described as having a “worryingly shallow understanding” of prescription practices.

Some patients at Mullingar’s St Loman’s Hospital were being provided medication without their consent, a situation which contravenes regulations set forth in the Mental Health Act 2001, while a number of female patients had to be kept in the admissions ward due to a shortage of suitable beds.

Elsewhere, inspectors expressed severe reservations over the use of security personnel to physically intervene in incidents involving children at the Linn Dara Child and Adolescent Unit, a situation which drew censure from the inspectorate.

The Inspector of Mental Health Services is a function of the Mental Health Commission, an independent body which aims to encourage high standards in the delivery of such services.