Managers leaving after they receive compensation but before normal retirement age 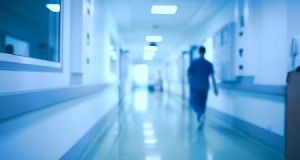 Up to 2013, St John of God supplemented the State-funded salaries of senior executives with top-ups through a private payroll funded by the order, according to an audit by the HSE. In that year, however, the HSE explicitly banned such top-ups across the public service, regardless of the source of the money. File photograph: iStockPhoto

St John of God has, in the past month, made a pension application for one of its former senior managers based on their total salary, including a top-up.

The HSE said this application showed the increased cost of paying future pensions on topped-up salaries at the charity was being transferred to the taxpayer.

Up to 2013, St John of God had been supplementing the State-funded salaries of senior executives with top-ups through a private payroll funded by the order, according to an audit by the HSE.

In that year, however, the HSE explicitly banned such top-ups across the public service, regardless of the source of the money.

The salaries of the executives were increased but the full amounts were now subject to the pension levy and pension contributions for the first time.

To address this, the order paid a total of €1.829 million to the executives in compensation. It said this was to buy out a potential risk the State would pay pensions to the managers only on the lower, approved portion of their salary and not the full amount.

However, the audit concluded that the managers were compensated for having to pay the pension levy and make pension contributions in respect of their previously topped-up salary until their retirement – up to 22 years away in some cases.

The audit said this had the effect of transferring significant potential pension risk on the privately funded element of the increased salary away from the order and on to the taxpayer.

No terms and conditions were imposed and there was no clawback provision in the event any of the managers left early.

The HSE believes the risk it predicted of managers leaving after they received compensation but before normal retirement age has now materialised. Three of the executives have already left, years before their official retirement date.

Although St John of God said in its response to HSE auditors it never intended the pension risk would be transferred to the State, in the past month the charity has submitted a pension application for employee No 12 on the basis of the total salary paid, ie, including the privately funded top-up.

According to the HSE, a letter of confirmation stated the full salary was paid by St John of God Community Services, but there was no mention of the €121,000 compensation paid or that the additional topped-up salary was paid from private sources for work done on behalf of the order.

The HSE said this showed the pension risk had been transferred to the State, as predicted in its internal audit.

1 Thirteen further deaths and 1,269 new cases of Covid-19 recorded in the Republic
2 Level 5 enforcement: Fines being considered for house parties and breaking 5km rule
3 Government planned to extend sweeping pandemic powers with 45-minute debate
4 Life under Level 5: What will the next six weeks look like for the State?
5 Covid-19: State moves to Level 5 for six weeks with hopes of ‘meaningful’ Christmas celebrations
Real news has value SUBSCRIBE