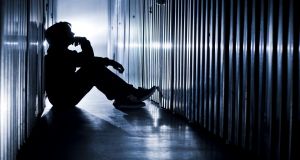 Suicide rates among men dropped by 15.2 per cent last year, but this was offset by a 6.2 per cent increase in suicides among women.

The number of people dying by suicide in the State dropped below 400 last year, the lowest level in more than 20 years, new figures indicate.

The number of suicides across all age groups fell to 399, an 11.5 per cent drop, according to provisional data supplied to the Health Service Executive.

Suicide rates among men dropped by 15.2 per cent, but this was offset by a 6.2 per cent increase in suicides among women, HSE officials told the Oireachtas health committee. Rates increased most among women aged over 35 years, said HSE director for mental health Anne O’Connor.

Men aged 55-64 years were the only age category where male suicide increased, she said.

According to the Central Statistics Office, the last time the number of suicides in the State was under 400 was in 1994, when the population was smaller.

Ms O’Connor suggested the fall in suicides was the result of “a more positive conversation” about the issue, the fact that young people were more comfortable talking about mental health and proactive work with the homeless and other at-risk groups.

HSE director general Tony O’Brien said Ireland’s teenage suicide rate has fallen below the European average. Since 2010, Ireland has fallen from fourth place to 19th in an OECD ranking of teenage suicide, and the HSE was working to bring about further improvements.

In a discussion on the HPV vaccine, Mr O’Brien accused campaigners opposed to the cervical cancer vaccine of engaging in “emotional terrorism” that could place thousands of young girls at risk of a largely preventable illness later in life.

The campaign was “without evidence or foundation” but had, unfortunately, been successful so far, he said. The uptake of the vaccine dropped from a high of 87 per cent to 72 per cent in 2015/16. Last winter, only 50 per cent of teenage girls eligible for the vaccine received the first dose, though a slight improvement in uptake has since been achieved.

The Gardasil vaccine is the target of a vigorous campaign by the Regret group, which claims hundreds of girls have suffered adverse health consequences after taking it.

Mr O’Brien said those involved in the campaign were “playing God” with the lives of young women and were engaging in “nothing short of emotional terrorism”.

At the meeting, Minister for Health Simon Harris defended a decision not to provide 24/7 cardiac services at University Hospital Waterford following the controversial death of Thomas Power earlier this month while in an ambulance en route to Cork.

He told Fianna Fáil’s Billy Kelleher he stood over the independent clinical evidence he had received on the issue, just as Fianna Fáil had in relation to the consolidation of cancer services a decade ago when it was in government.

Waterford was not the only region that does not have round-the-clock facilities for treating cardiac emergencies, he pointed out.

The Midlands, as well as counties Kerry, Monaghan and Sligo, do not have primary percutaneous cardiac intervention (PPCI) centres, he pointed out.

Mr Harris said he was happy to have a second independent review of cardiac services in the south-east if more people were using them. A forthcoming national review would look at where best to locate PPCI centres in the context of limited resources.

Emergency medicinal cannabis to be collected from Netherlands