Ava has a rare, drug-resistant form of epilepsy which can cause up to 20 seizures a day 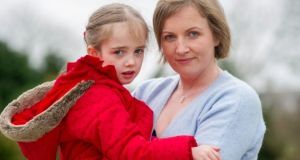 Ava Barry, a seven year old girl from Co Cork, has been granted permission to use medicinal cannabis to prevent severe epilepsy attacks.

Minister for Health Simon Harris announced on Tuesday he was granting a licence for the use of medicinal cannabis in the case.

Ava has recently been living in The Netherlands with her family where there is easy access to the drug. Her mother Vera Twomey has been campaigning for a change in the law to allow Ava access to the drug here, including walking from Cork to Leinster House to highlight the issue

She was also stopped at Dublin Airport in May when customs officers seized the prescription drugs she had bought in Barcelona.

I thought medicinal cannabis is illegal?

It is not illegal but doctors cannot usually prescribe it. However, individual GPs can prescribe the drug if they get a license from the Minister for Health. This is what happened in Ava Barry’s case. Obtaining a license is a difficult and lengthy process involving several doctors. Licenses are rarely granted; Ava’s is only the third granted by the current Minister.

How did Ava get a license?

Ava has been under the care of a neurologist in the Netherlands who had been monitoring the use of a form of cannabis, and that, combined with the involvement of doctors in Ireland resulted in a successful application.

Is there any chance of medical cannabis becoming more available?

Yes, although it is likely to take longer than initially expected. Private Members’ legislation legalising medicinal cannabis remains on the Dáil agenda, despite the Oireachtas Committee on Health saying it is legally flawed.

Minister of State for Justice David Stanton said sometimes it was better to start from scratch, redraft the legislation and resubmit it, if it was not possible to amend it. However it seems the bill has the support of most of the house and will likely proceed to committee stage.

Individual patients can still apply for licenses through their doctors. The government is making attempts to speed up this process. It says an expert reference group, established by Mr Harris, has made great progress in finalising the clinical guidelines for prescribing cannabis for medicinal purposes.

What are the benefits of medicinal cannabis

Ava has a rare, drug-resistant form of epilepsy called Dravet Syndrome, which can result in up to 20 seizures a day. Ms Twomey says medicinal cannabis greatly reduces the number and severity of these seizures.

Regarding other conditions, there have been studies published reporting that cannabis can assist in the treatment of Alzheimer’s and autoimmune disease, but these are often countered by other studies claiming it has little effect.

Most experts believe much more work is needed before the effectiveness of the drug can be properly assessed.

Students who sat postponed Leaving Cert to get results next Tuesday 13:42
Josh Dunne murder: Gardaí wish to speak to two food delivery men 13:38
Life under Level 4: What restrictions may look like in March? 13:38
Donnelly admits unlikely 700,000 people will be vaccinated by end of March 12:55
Ireland still ‘very vulnerable’ with ‘exceptionally’ high levels of Covid-19 in over-85s, Nphet warns 12:29

4 Donnelly admits unlikely 700,000 people will be vaccinated by end of March