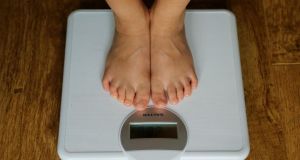 Children as young as two are being treated for obesity at Temple Street hospital in Dublin, according to a leading paediatrician.

Dr Sinéad Murphy said one child treated in the hospital weighed almost 30kg, double the average weight for their age-group.

“The child was out of breath just from playing in the consultation room,” she said.

Affected families are desperate, she said, because of a lack of services. “Childhood obesity has less to do with bad parenting than many believe. The families that I meet are at the end of their tether . . . and don’t know where to go.”

Many obese children suffer other health problems, including sore knees, hip and back pain, and difficulty breathing. Almost half have high cholesterol and high blood pressure.

“There is a degree of sadness in the children I meet. Bullying is a major problem. These children also have a high incidence of mental health problems and low self-esteem,” says Dr Murphy, a member of the Royal College of Physicians of Ireland policy group on obesity.

Dr Murphy was critical of food habits in society. “We are not that far away from famine and wartime in Ireland, when food was scarce. There is still the prevailing message that children must eat everything on their plate. Children are encouraged to eat more when they say they are full at dinner time. From the moment they are born, food is used as a means of pacifying children. Treats and rewards for children tend to be unhealthy products.”

Dr Murphy says products often seen as children’s food, such as fish fingers, nuggets and waffles, should only be occasional treats, while sugar and salt intake should be limited.

“Some of the common assumptions about childhood obesity, such as ‘too many calories in, too few out’, are not helpful, as they don’t fully reflect or address the complexity of the problem. Obesity in children involves many factors, including environmental, psychological and genetic.”