Neurologists to draw up guide for safe use of medicinal cannabis 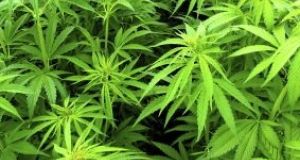 Irish neurologists are to draw up guidelines on the safe use of medicinal cannabis for patients with epilepsy.

An expert group made up of consultant neurologists is to begin drawing up the guidelines shortly in order to provide clarity for doctors and patients on the issue, according to the Royal College of Physicians in Ireland.

While certain cannabis-containing products “show promise” in the treatment of severe epilepsy, others are “inadequately tested or known to be potentially harmful”, according to Dr Colin Doherty, spokesman for the clinical advisory group on epilepsy.

“As a group we are committed to the care of all patients with epilepsy, but it is our solemn duty to ensure that all treatments are proven to be both beneficial and safe. This is particularly important when a new drug is used in a child’s developing brain.”

Neurologists were mindful of the impact of the diagnosis of serious conditions they encounter, and recognised the “devastating effects” of severe epilepsy on children and adults, and the “desperation felt by families to help their loved ones”.

It is expected Epidiolex will be available in Ireland through a Government-sponsored access programme later this year.

“No other cannabis derivatives or products have been adequately studied to a level that they are proven to be effective and safe to use in clinical practice.”

He said the main barrier to the prescribing of cannabis derivatives for epilepsy was the lack of clinical evidence of its long-term efficacy, as well as a lack of data on long-term side effects. “Apart from Epidiolex no other cannabis product has been endorsed by any scientific or licensing authority.”