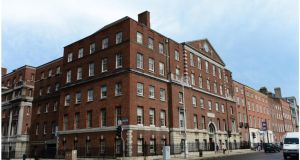 Two weeks into the controversy over top-up payments, much has been learned about the unconventional remuneration arrangements some voluntary hospitals and agencies have in place for their executives.

However, many more questions remain to be answered.

What we do know is that in 2011 more than €3.2 million was paid out in additional allowances from State funds to senior managers.

Some of these were completely above board, while others, such as the provision of health insurance cover, motor allowances and payments for serving as secretary to companies or boards, fell outside those sanctioned officially in the public service.

In addition, 13 State-funded voluntary hospitals and health agencies were collectively paying more than €900,000 in additional remuneration and benefits to executives from funds drawn from unknown private sources.

Another key issue is where all the private money to pay these allowances came from.

The controversy itself was initially a slow burner.

The Irish Times reported the findings of the HSE internal audit which uncovered these payments as far back as September 27th.

However, the story really took off after this newspaper reported that the source of the €30,000 top-up allowance being paid to the chief executive of Our Lady’s Hospital in Crumlin was profits from shops on the campus.

Department of Health files subsequently gave breakdowns of who in senior management across the voluntary hospital/ agency sector was receiving the additional payments.

The department files said that the master of the National Maternity Hospital, Dr Rhona Mahony, received a “privately- funded allowance” of €45,000.

Other privately funded payments went to the secretary manager, the director of nursing and the financial controller at the hospital.

In the Rotunda Hospital, the files maintained that its master, Dr Sam Coulter Smith, received an on-call allowance of nearly €50,000 and a separate privately funded allowance of €20,000 on top of his State salary.

Privately funded allowances were also paid to the secretary/general manager, the financial controller and the human resources manager.

While the Rotunda Hospital has said nothing publicly, the National Maternity Hospital last week maintained it remunerated its personnel “in accordance with their employment terms, with the agreement of the appropriate board sub-committees, and in full compliance with public service pay requirements”.

Dr Mahony said the €45,000 paid to her represented professional fees from private patients.

However, the HSE, in its evidence to the Dáil Public Accounts Committee, appeared to cast doubt on both these statements.

The HSE listed the National Maternity Hospital among a group of 12 organisations which it said had acknowledged in writing that they were not in compliance with Government pay policy.

Secondly, the HSE insisted that it was the National Maternity Hospital itself which had described the additional payments made to Dr Mahony and others as “privately funded allowances”.

The Public Accounts Committee is planning to ask the boards of hospitals not in compliance with Government pay policy to explain the context of the top-up payments.

The Government has now said that top-ups are wrong and must end. However, as The Irish Times reported last week, only two years ago senior Ministers agreed to offer a salary rate of €195,000 to Bill Maher, a senior official at St Vincent’s Hospital, to take up a post in the HSE.

At the time the official salary for the chief executive at St Vincent’s was just over €145,000.