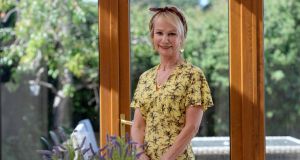 Anne Kavanagh at home in Terenure, Dublin: ‘The Oncotype test is a great way of speeding things up and is so accurate.’ Photograph: Alan Betson

On a Monday last October, Anne Kavanagh noticed that one of her breasts felt different from normal.

The next day she went to her family doctor. Within a week, she was diagnosed with early stage breast cancer, known as “HR-positive, HER2-negative, node-negative”. The tumour was so small that it did not show up in an X-ray.

When it was removed the following week, the surgeon suggested that Prof Janice Walshe, consultant oncologist at St Vincent’s University Hospital in Dublin, be brought in on the conversation on whether chemotherapy would then be necessary.

In the meantime, a second tiny lump was found and removed. They went ahead with the Oncotype test (a genetic test) by sending a sample to the US. The result was back within 10 days and Kavanagh says there was no long, stressful wait to find out whether she would need to have chemotherapy.

She had a score of three out of 100, an indication there was no need for chemotherapy, and instead underwent four weeks of radiotherapy.

“I have been absolutely fantastic since,” says Kavanagh, who is married with three children, and will be 70 in September.

She believes she was blessed in getting over the rollercoaster of emotion so quickly rather than waiting to learn her fate.

Sixteen years ago her sister Mary had to undergo chemotherapy, which was the standard course of treatment.

“I don’t think cancer is the same terrifying word that it was then. The Oncotype test is a great way of speeding things up and is so accurate,” she says.

Her cancer had a minimal impact on her quality of life. She lives in Terenure, Dublin, and believes being fit, doing yoga and walking often played their part. Her family are thrilled by the outcome and she has become a strong advocate for regular breast checks.

Moreover, she says, her case highlights the merits of going to the doctor as soon as a lump is detected – when “a lot of people put it off”.

No benefit from chemo

Orlaith Cryan had breast cancer surgery in February 2013 having also been diagnosed node-negative (early stage breast cancer). She was referred to Prof Walshe, who recommended the Oncotype test. A tissue sample was sent to the US and her score “just scraped in” at less than 20.

“She told me you can have chemo if you wish. She felt I would not benefit from it. I went on her advice,” Cryan says.

Knowing the likely impacts including hair loss and having to go on steroids, she was very happy not to go down that route. Instead, she had hormone therapy for five years, taking tamoxifen – which blocks the female hormone oestrogen in the body. She has been off that drug since early last year.

After surgery she had a short course of radiotherapy, with minor side-effects, while the tamoxifen had no side-effects.

“I never lost my quality of life,” says Cryan (52), who is married with three adult children and lives in Knocklyon, Dublin. Regular check-ups are all that have been needed since.

“Without the Oncotype test I would have been put straight into chemotherapy . . . It was absolutely fantastic that I didn’t have to,” she says. “I cried tears of joy the day she told me I didn’t need to have chemotherapy.”