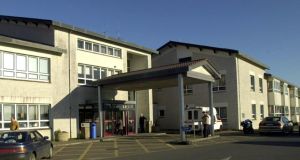 At Wexford General Hospital a review of colonoscopies carried out in the hospital, announced in February as part of the BowelScreen programme, has been doubled. Photograph: Joe St Leger

Hundreds of additional patients who had colonoscopies are being recalled as the controversy over the misreading of patients’ scans and tests in hospitals across the State widens.

At Wexford General Hospital, the size of a review of colonoscopies carried out in the hospital, originally announced in February as part of the BowelScreen programme, has been doubled.

Separately, Minister for Health Leo Varadkar has admitted further reviews of X-rays and other scans performed by three locum radiologists in a number of smaller hospitals will be necessary.

In Wexford, the review of colonoscopies is being extended to include a further 331 patients, on top of the 280 the Health Service Executive (HSE) first envisaged recalling. The review has also been extended to other members of the team under the consultant whose work was originally under examination. The consultant is not on active duty, according to HSE sources.

A relative of one patient who was diagnosed with cancer after being recalled by the Wexford hospital told The Irish Times yesterday that the hospital was unable to say whether it was a case of “missed cancer”, but it was being treated as one.

The extension of the review of X-rays is in addition to the reviews completed or still under way in seven hospitals where, as The Irish Times revealed yesterday, almost 8,000 scans have been re-examined and more than 120 patients recalled after medical colleagues raised concerns over the standard of work involved.

Mr Varadkar described the delayed cancer diagnosis that resulted for one patient as an “enormous tragedy” but advised against rushing to judgement on the standard of work by the three locums.

The controversy over the thousands of reviewed X-rays provoked considerable friction between Mr Varadkar and the HSE. The Minister told a debate in the Dáil last night that he knew nothing about the issue before reading about it in the newspaper yesterday.

Fine Gael backbencher Fergal O’Dowd said the Minister was “badly served” by his statement to the Dáil though he reserved the blame for the HSE.

Referring to previous scandals involving misdiagnosis and delayed diagnosis in the health service, Mr O’Dowd said the latest controversy amounted to “déjà vu” and called for heads to roll in the HSE. “Either we’re hiring by Google search or we have proper procedures,” he said, in reference to the focus of the review on temporary staff provided by agencies.