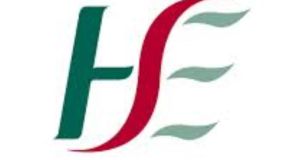 Last year, the HSE was forced to spend a record €336 million on agency staff and overtime to fill vacancies.

An internal management briefing note says the need to hire temporary staff is being driven by a combination of “lower pay, unattractive geographic locations, together with a shortage of certain types of professionals”.

Health service managers say there are ongoing difficulties in hiring key individuals – including consultant and junior doctors – as well as filling vacancies due to retirements.

There is also concern at the impact on the quality of health services available to patients.

In the area of child and adolescent mental health services, for example, records show the level of vacancies and difficulty in recruiting skilled staff is posing a “significant challenge” to quality of services.

Last year, the HSE was forced to spend a record €336 million on agency staff and overtime to fill vacancies, up from €259 million in 2012.

While health service managers have been tasked with cutting agency costs in 2015, latest figures show the cost of hiring temporary staff is continuing to eat into the health budget.

The HSE spent almost €110 million on agency staff and overtime up to the end of April this year, €6 million more than the same period last year.

Pressure for locum staff is most acute in areas such as social care and mental health.

In its service plan for this year, HSE management pledged to cut the agency and overtime costs during 2015.

But figures up to April this year show that a focus on tackling delayed discharges in acute hospitals and other settings has meant it has not been possible to deliver these savings.

Among the measures being taken to try bring costs under control are the replacement of agency staff by fixed-purpose employment contracts and a focus on retention of graduate nurses.

Similar measures are being introduced in mental health services, with the addition of agencies being able to draw on existing panels for nursing and midwifery vacancies.

The HSE recently announced details of a recruitment drive to attract health professionals based abroad back to the health services as part of a bid to tackle the issue. It includes a tax-free €1,500 relocation expenses package for nurses and midwives and permanent employment contracts.

New internal audits, meanwhile, are set to raise concerns about other controversial areas of spending in the health service. It is understood one HSE internal audit to be released in the coming days will show how a senior manager who was initially appointed on a three- month contract ultimately ended up with an arrangement costing €700 per day plus VAT.

Eventually the bill for employing the manager concerned increased from an estimated €45,000 to more than €274,000, according to the internal audit finding.

Other internal audit files to be released in the days ahead are expected to show one hospital paid a consultant more than €60,000 for working additional hours on top of contractual arrangements.

Some audit files will highlight allowances paid to nursing staff in some areas and additional call-out payments to hospital consultants.