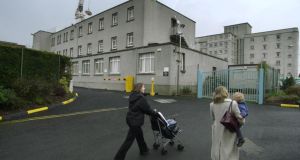 The audit found that Our Lady’s Hospital, Crumlin, was one of 13 agencies collectively paying about €900,000 to senior managers in top-up payments and benefits from non-State sources.

The States’s largest children’s hospital, Our Lady’s in Crumlin, has been paying its chief executive a top-up allowance of €30,000 per year funded from the profits of shops on the campus.

Details of the payment emerged in confidential Department of Health files obtained by The Irish Times which set out publicly for the first time the total amount, including top-up payments, made to individual members of senior management across State-funded voluntary hospitals and health agencies.

The data on the payments would appear to have been drawn up as part of the recent HSE internal audit of executive remuneration in voluntary hospitals and agencies. However, the full remuneration paid to individual managers was not included in the audit findings which were first revealed in The Irish Times last September and given to the Dáil Public Accounts Committee last Thursday.

The Department of Health files state that the chief executive of Our Lady’s Hospital, Lorcan Birthistle, was receiving total remuneration of €140,808 of which €30,000 was described as a “privately funded allowance”.

The hospital said the chief executive “has a contractual entitlement to payment of an allowance for the supervision of the following: auxiliary activities; income from franchises; and change management. This payment is non-pensionable and does not come from HSE or charitable funds. The income stream used to pay the allowance is generated from profits from shops on the hospital campus”.

Our Lady’s Hospital stated: “The allowance is a private contractual arrangement between the board and the chief executive.

“The information was provided to the audit on a confidential basis and is protected under data protection legislation. On that basis, Our Lady’s Children’s Hospital Crumlin will not be making any public comment on the salary details of the private contract.”

Drugs worth an estimated €1.2m seized at Dublin Port 16:58
Body of third man found near where two brothers murdered on Cork farm 17:01
Coronavirus: North passes 500,000 vaccine doses administered 16:25
Rise in number of homeless single adults drives climb in overall figures 16:23
Covid-19 Vaccine Tracker: What's available in the Republic of Ireland and what else is coming? 16:18