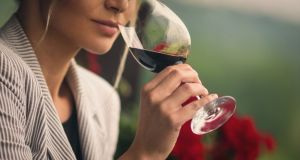 Heavy drinking is linked to higher blood pressure, poorer liver function, increased stroke risk and larger waistlines in later life, even if you cut down before getting older, researchers have found.

More than half of drinkers (56 per cent) have been “hazardous drinkers” at some point in their life, the University College London (UCL) study shows.

Just over a fifth (21 per cent) currently drink at hazardous levels, while 5 per cent have been consistently hazardous.

It was also found that current and consistent heavy drinkers are mainly men, predominately white and likely to be in senior level jobs.

“This study raises awareness of the effect of alcohol consumption over the life-course,” she said.

Despite the common perception of young people binge drinking, heavy use of alcohol is “common among older adults, with alcohol related hospital admissions in England being the highest among adults aged over 50”, she added.

The peer-reviewed study, published in the journal Addiction, looked at the lifetime drinking habits of 4,820 civil servants and former civil servants, aged between 59 and 83 years.

Anyone who had three or four drinks, four or more times a week, was deemed a hazardous drinker.

Hazardous drinkers, including those who had cut down after the age of 50, had “significantly” higher blood pressure and poorer liver function, than those who never drank hazardously, researchers found.

Hazardous drinkers also had a three times greater risk of stroke, while those who cut down after the age of 50 still had around a two times higher risk of dying from non-cardiovascular disease that those who drank less throughout their lives.

Those who drank hazardously over their lifetime also had “significantly larger” waist lines, the findings show.

Even those who cut down before the age of 50 had on average a 1.17 cm larger waist than moderate drinkers, while consistently hazardous drinkers had waistbands almost 4 cm larger.

“This suggests that the longer adults engage in heavy drinking the larger their waistline in older age,” said Dr Ng Fat.

“That is why it is beneficial, along with other health benefits, that adults reduce heavy drinking earlier rather than later.”

One in five Irish adults is classified as a hazardous drinker, according to Sheena Horgan chief executive of charity Drinkaware which receives funding from the alcohol industry . She said 73 per cent of these hazardous drinkers were men.

“Hazardous drinking is linked to all sorts of health problems. High blood pressure is especially notable here as it is one of the most common alcohol-related health problems experienced by Irish adults, but many people don’t realise they have it,” she said.

“We also know that alcohol, even relatively low consumption, is a risk factor for different cancers. For instance, 1-4 drinks a day is linked to a 21 per cent increased risk for bowel cancer,” she added.

“Many alcohol-related health issues can take considerable time, years or decades even, to be realised so we really need younger adults in particular to recognise that drinking habits in your 20s can have a major impact on your future health.”

“Above all, we urge anyone who drinks to do so within the HSE low-risk weekly guidelines. That is 11 standard drinks spread out over a week for women, 17 standard drinks for men. This basic knowledge is fundamental to redress our social and cultural norms of hazardous drinking and reduce alcohol-related harm for future generations.”

Coronavirus: Further six deaths reported along with 39 new cases 18:39
Taoiseach has confirmed schools will reopen at the end of August 18:38
Private hospitals ‘takeover’ by State will not be extended past June 18:32
Elderly woman living in squalor has capacity to make unwise decisions – court 18:26
‘The pint man is back’: Belfast pub resumes delivery service after legal challenge 17:52