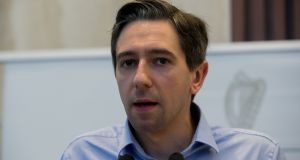 Minister for Health Simon Harris has asked the Health Research Board to report on the approach taken by other countries in relation to mandatory vaccination. Photograph: Gareth Chaney/Collins

Minister for Health Simon Harris is considering a ban on unvaccinated children attending creches and other forms of pre-school after receiving legal advice clearing the way for such a move.

However, the Minister’s proposals for mandatory vaccination in schools seem unlikely to go ahead after the Attorney General raised objections.

According to preliminary legal advice requested by Mr Harris, the Attorney General said a requirement for children of school-going age to be vaccinated would interfere with their constitutional right to education.

Mr Harris has asked the Health Research Board to report on the approach taken by other countries in relation to mandatory vaccination.

He says he will consider this in tandem with the Attorney General’s advice before making a decision towards the end of the year.

Asked last week about the issue, he said, “It does not sit well with me that you would send your child to a creche without being vaccinated and knowing that not only are you putting their health at risk but other children’s health too.

“When it comes to schools, children have a constitutional right to education and there are rights that need to be balanced but there is also a public health issue.”

The consent of parents is required for vaccinations of children and young people up to the age of 16. Eleven European countries have mandatory vaccinations for at least one out of diphtheria, tetanus, pertussis, hepatitis B, poliovirus, Haemophilus influenzae type b, measles, mumps, rubella and varicella.

In 2001, the Supreme Court decided, in a case taken by parents who opposed their infant being subjected to the heel-prick test (PKU), that parents had a constitutional right to make decisions about the health of their children unless there was a grave or immediate threat to health or life.