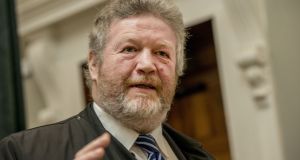 Free GP care for children is to be extended to under-eights in summer 2020, Fine Gael is promising.

The measure will then be extended to under-10s in 2021, and under-12s in summer 2022, according to party leaflets distributed in north Dublin last week by Senator James Reilly, a former minister for health.

This is the first time the exact timetable for the promised rollout of free GP care for older children has been announced. The timing of the extension of the measure to under-eights coincides with the Government’s preferred time for holding the next election.

At present, free GP care is available to those under six and over 70. Beneficiaries are entitled to see a family doctor free, but the cost of medications is not covered.

The way was cleared for an extension of free GP care earlier this year, when the Government negotiated a €210-million deal with the Irish Medical Organisation (IMO), which represents family doctors.

Under the deal, the IMO agreed to withdraw its opposition in principle to the extension of free GP care. However, the Government will still have to agree an additional fee for GPs to take part in the extension of the scheme.

Taoiseach Leo Varadkar said last week that next summer – specifically, May 2020 – was “the right moment” to hold the general election.

Before then, byelections may be needed in a number of constituencies in order to fill vacancies caused by TDs having won seats in the European Parliament earlier this year. This includes Dublin Fingal, where Dr Reilly is expected to seek the Fine Gael nomination.