Dealgan House had to rely on a volunteer, the grand-daughter of resident, to staff phones 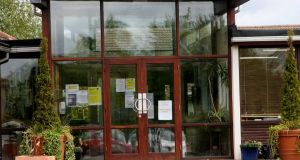 One of the worst-hit nursing homes in the coronavirus pandemic lost 60 per cent of staff to illness or isolation at the peak of its outbreak and had to rely on a volunteer, the grand-daughter of a resident, to manage its phonelines.

Dealgan House Nursing Home in Dundalk, Co Louth – where 22 residents have died with coronavirus, also known as Covid-19, since April 1st – revealed details of the impact of its outbreak on the home in a letter, sent in recent days to the relatives of residents who died at the home.

Eoin Farrelly, managing director of Dealgan House, told relatives that at the height of the nursing home’s virus outbreak only seven of the home’s 24-strong nursing staff were available . The private nursing home has 84 beds.

Mr Farrelly revealed how the staff was severely depleted as he explained why relatives often had difficulty communicating with staff at the elderly care facility.

The RCSI Hospitals Group temporarily took over the management of the nursing home on April 17th due to the staffing shortages, in an effort to contain the outbreak.

“Prior to the outbreak, Dealgan House had 22 nurses on our payroll, in addition to a director and deputy director of nursing, that is 24 nurses in all,” he wrote. But he said at the height of the outbreak only seven members of the nursing team were available.

“Overall, 60 per cent of our staff were unavailable for work, some of them ill or in isolation, others fearful for themselves or for a family member with underlying conditions.” Some managers were also unavailable.

Mr Farrelly said that the crisis had meant the office was “manned alone, by a wonderful volunteer, the granddaughter of a resident”.

The volunteer had to try to manage 2,500 calls in one week where, prior to the pandemic, Dealgan House would only receive about 300 phone calls per week.

“Due to infection control procedures, the volunteer answering the calls could not move around the nursing home and the nurses, prioritising the care of residents and dressed in full PPE [personal protective equipment], could not take phone calls,” he wrote.

“I know it was very distressing not to be able to speak to a nurse about your loved one at that critical time and I sincerely apologise for this.”

Despite several appeals for PPE gear throughout March, the home did not receive any shipments from the HSE until after their first confirmed case on April 4th. A week later, three residents had tested positive for the virus, with several others showing symptoms.

On Tuesday, a spokesman for Dealgan House said it had not recorded a transmission or new case of the disease in 25 days.

Mr Farrelly said the nursing home had promised full co-operation and support to the inspection by Hiqa.

He said that he was confident “the inspection will identify any shortcomings in preparing for and dealing with the outbreak, whether in Dealgan House or elsewhere, and that lessons will be learned to ensure it does not happen again”.

He said he and his staff “cannot understand” how the virus took such a toll on the residents of what he described as a “well-run nursing home with excellent qualified and caring staff”.

“We want answers to that and other questions as much as you do,” he said.

1 Sweden should have done more to combat coronavirus, health chief says
2 With Lincoln looking on, the crowd dropped to their knees as 7pm approached
3 Luke ‘Ming’ Flanagan bares his bottom half to European Parliament
4 Gardaí move against cyber crime, prostitution gang in Dublin
5 Easing restrictions: What exactly will happen next Monday?
Real news has value SUBSCRIBE