Get smart with your exercise apps

How many steps do you take? How fast do you eat? How well do you sleep? Apps that measure all 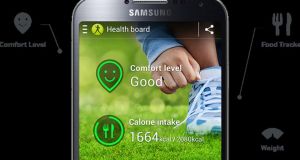 The future of health is digital. Each year, tech companies bring out more and more products aimed at helping you track your activity level, measure how well you sleep and keep your diet in check. A lot of the newest devices hitting the market are using the one thing we all have as the hub: the smartphone.


Withings
When Withings unveiled its wifi-enabled scales, we marvelled and puzzled at the concept in equal measure. Weighing scales that uploaded your data to an online platform and allowed you to keep track of it? The idea was almost unheard of.

Then it developed its blood pressure monitor designed to work with iOS products such as your iPad or iPhone, and redesigned its smartphone app to allow you to keep track of everything from your physical activity via third-party apps and devices to your weight and heart rate. Now, the firm has added a smart body analyser, and even a sleep tracker to its line-up.

The latest product is the Smart Activity Tracker. The minute device, like many others, functions as a pedometer to measure your steps throughout the day.

Off this it tells you how many calories you have burned and the distance you’ve covered, and also recognises the difference between moderate and vigorous activity. But it adds in another function: when you press your finger on the back of the tracker for 15 seconds, it will read your heart rate. And at night, it will also measure the quality and duration of your sleep.

The Smart Body Analyser is also a new addition. It’s a bit of an evolution from the wifi-enabled scales. Now it not only checks your weight but also your body fat percentage, your heart rate and even the air quality around you.


Nike
Nike has been doing high-tech fitness for a while. From its iPod hookup that used a stride sensor embedded in a running shoe to the most recent Fuel Bands that measure how active you are during the day and convert it to Nike’s “fuel points”, the sports company has most of its bases covered.

Its link-up with TomTom means it has a line of GPS watches for runners, which tracks distance, pace and maps the route you take, before converting your activity into fuel points.

Add to that the smartphone apps for tracking fuel points, running and its training club, and you get a good idea of just how much Nike has bought into the whole idea of the digital trainer.

And it seems to be adding even more. Last year, it hooked up with Microsoft to bring out the Nike+ Kinect Trainer. Once again linking in with its Fuel points system, the trainer is less of a fitness game and more of a workout programme. The company worked with Microsoft to improve certain areas with the Kinect motion tracking peripheral, such as tracking subjects on the floor, and developed a whole fitness programme that is designed to work with your body’s strengths and limitations.

It’s more accurate than many of the fitness applications for the Xbox platform, and because it was designed by Nike’s elite academy experts, it’s actually effective too.


Samsung
When Samsung announced its Galaxy S4 phone recently, it also signalled its intentions to move a bit more into the mobile health market. The Galaxy S4 comes with a built-in pedometer to monitor your steps, but it doesn’t stop there.

The S Health app is designed to act as something of a hub, hooking up to third-party accessories such as blood pressure monitors and compiling the information in one place to give you a better idea of your overall health. Sensors in the phone monitor temperature and humidity in the environment.

Samsung is also planning its own range of accessories, including a heart-rate monitor that works with the Running Mate app.

A body scale connects to the S4 over Bluetooth and sends the data to the S Health 2.0 app. Up to seven users can be registered on the scale, so the whole family can use it. And when you want to run or walk, but don’t want to carry your phone, the S Band will track your movement and sync it with your phone.

There’s no details on exactly when we will see these accessories here, but the S4 is due to go on sale at the end of April.


HapiLabs
At this year’s International CES, HapiLabs caused quite a buzz. The company was showcasing its HapiFork, part of its suite of fitness-related products. If you have a tendency to bolt down your food without realising, this will put a stop to it – in theory at least. The HapiFork buzzes if you are eating too quickly, giving you a physical reminder to slow down your food intake. The thinking is that if you eat slower, you’re less likely to overeat as you’ll pay attention to your body’s signal that it is full.

The system also measures how long you take to finish a meal, how many “fork servings” you are consuming over a minute, and how long you pause between each one.

The stats are uploaded over USB or Bluetooth, so you can keep track over a certain period of time. It charges over USB too, but handily, it comes apart so you can throw the utensil part in the dishwasher.


FitBit
FitBit has a number of monitors to offer fitness fanatics. It has been pushing the One for some time, but earlier this year it unveiled the Flex. Where the One is a tiny clip-on that measures the number of stairs you climb, steps you walk and monitors your sleep cycle, the Flex is a wristband that does similar, but it blends in a little better. You wear it all day and all night, and it simply monitors all your movement and activity. It includes a silent alarm too, to wake you in the morning in a gentler manner than your usual alarm. Plus it syncs with an online platform that helps you keep track of all your fitness stats from week to week and see how you’re improving over time.

It hasn’t gone on sale yet, but it’s expected in the next few weeks.


FitBug
Due to hit the market in May or June, the FitBug Orb is the latest addition to the company’s product line-up. It prides itself on being discreet, giving you the option to either wear it as a watch or clip it somewhere discreet, claiming you’ll forget it is even there. It’s about the size of a button, so they may not be far off with that claim.

Like other devices in this market it tracks your sleep as well as your daily activity and sends it to its online platform wirelessly; unlike others, it doesn’t have a personal display, so you need to use it with a smartphone or tablet to see live information.

Already available is the FitBug Air, a fitness tracker which communicates wirelessly with your smartphone or tablet, updating your information over the day and adding to your online profile. Like other pedometers, it tracks steps, but notes when you are active for more than 10 minutes at a time, so slouching around the house won’t trigger the same results as a brisk walk.

FitBug’s tracker comes with a year of coaching and access to the online platform if you go for the premium package, which gives you regular progress reports, newsletters and advice and tips on how to maintain your healthier lifestyle. After seven days of using the device, it will suggest some personalised goals for you.

It’s possible to get by without the premium services but the motivation alone is probably worth the extra few euro each month.


iBitz
It’s not just adults who are being targeted by the fitness gadgets. The iBitz PowerKey fitness tracker app is aimed at the younger generation, combining physical activity and gaming. The device interface uses tamagotchi-like characters that your child has to keep healthy through physical activity, and teaching them about important issues such as eating healthy food and getting plenty of water. It links up with a tracking device that you can wear on your shoe or hip, and through your physical activity, it allows you to unlock other games on the iOS platform.

Walking a certain distance, for example, could lead to your child unlocking a new level on a game, or earning prizes on Amazon – provided the parents sign up for that.

There’s also an adult-focused product, Unity, which hooks up with different third-party monitors to collect data on health too.


Fujitsu
At the other end of the scale, you have Fujitsu’s new prototype cane, which is aimed at senior citizens. The idea is that the New Generation Cane will track vital data such as location, temperature and location.

Built-in GPS, 3G, Wifi and Bluetooth track data and send the information to healthcare providers and relatives. If it senses something wrong – an irregular heart rate or movement that suggests the user has fallen over – it will automatically alert the relevant authorities.

If the device makes it to the mass market in the near future, you could also use it to guide its user automatically, sending directions directly to the cane for specific routes so the cane can alert the user when to turn.

1 Kanye West says he will run for US president in 2020
2 Trump vows to ‘safeguard’ America’s values and defeat 'radical left, anarchists, agitators, looters'
3 Covid-19: Travel restrictions to stay and 'green list' put on hold amid fears of second wave
4 Coronavirus claims one more life while 11 new cases reported in Republic
5 Bobby Storey: The IRA's planner and enforcer who stayed in the shadows
Real news has value SUBSCRIBE