Too many Irish teenagers have mental health issues, Unicef says 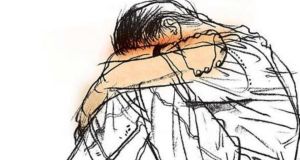 Difficulties in accessing mental health services and the closure of beds are adding to the seriousness of Ireland’s teenage mental health issues, according to the United Nations children’s emergency fund Unicef.

“We have an issue with teenage mental health in Ireland,” Unicef Ireland director Peter Power told the launch of an international report on child wellbeing on Monday. “We need national strategies to tackle this, and the will to implement them.”

The report says Ireland’s teenage suicide rate is the fourth highest among high-income countries, while one in five Irish children aged 11-15 years say they experience two or more psychological symptoms, such as feeling low, irritable or nervous, or having sleeping difficulties, more than once a week.

Responding to report, the HSE’s National Office for Suicide Prevention said Ireland’s performance on teenage suicide has been improving in recent years. According to Eurostat data, Ireland had the fourth highest rates in 2010, but this improved to sixth in 2013 and 19th in 2014. Ireland is now slightly below the EU average of 4.67 suicides per 100,000 population.

The Unicef report used data on teenage suicide from 2011.

College student Holly Farrell told the Unicef report launch that mental health issues among young people were reaching “crisis levels”. She related her own unsatisfactory experience of being referred to child and adolescent mental health services as a teenager when she suffered difficulties.

Ms Farrell, a Unicef youth ambassador from Dublin’s north inner city, said her treatment was closed off after three sessions and she went to get far greater support from staff at her school. “I have been failed by the State as the services available were inadequate.”

Overall, Ireland ranked 11th out of 41 countries in the report. Mr Power said this country was a relatively good place to grow up in.

He said breastfeeding rates in Ireland, at 2 per cent after 12 months, were “disconcertingly” and “disturbingly” low, while Ireland also had one of the highest levels of teenage obesity.

Lactation consultant Maura Lavery told the launch that obesity campaigns needed to start in maternity hospitals with breastfeeding practices rather than with children’s lunchboxes.