Emergency patients at St James’s to be tested for HIV, hepatitis 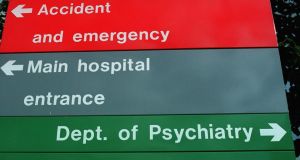 St James’s Hospital in Dublin has started testing of patients attending its emergency department for HIV and Hepatitis.

All patients attending St James’s Hospital emergency department in Dublin will be tested for HIV and Hepatitis testing, unless they ask to opt out.

The announcement, timed to coincide with World Hepatitis Day, means anyone having their blood tested at the city centre hospital will have their sample examined for the presence of HIV, hepatitis B and hepatitis C, unless they request not to be tested.

It follows a pilot project by the hospital last year which saw 10,000 blood samples tested for the three infections.

Over the course of the 44-week scheme, which began in March 2014, almost half of the 44 positive results for Hepatitis B were new diagnoses.

During that same period, 7 per cent of the 97 HIV detections arising from the extra screenings were new, as were nearly 13 per cent of the 447 positive results for hepatitis C.

St James’s is the first Irish hospital to introduce routine testing for HIV and hepatitis. It is not known if other hospitals will follow suit.

The medical director of St James’s emergency department professor Patrick Plunkett described the number of new diagnoses resulting from the pilot as “alarming”, and said the hospital’s latest initiative will link “disengaged” patients back to care.

“The pilot project we conducted in March of last year clearly demonstrated high prevalence rates for all 3 infections in attendees of our emergency department and it was alarming to see the high numbers of new diagnoses,” he said.

“The commencement of routine testing for HIV, hepatitis B and hepatitis C has provided us with the opportunity to both diagnose those with no perceived infection risk and to link those disengaged patients back to care. It is critically important for those diagnosed with any of these 3 blood-borne viral infections to receive continual care,” he added.

Figures released by the European Centre for Disease Prevention and Control on Tuesday revealed that Ireland has one of the highest rates of hepatitis B - a condition which attacks the liver and often results in chronic disease - anywhere across Europe.