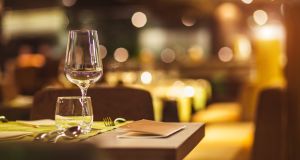 Dr Pamela Byrne, chief executive of the FSAI, said it was not acceptable for food businesses to potentially put consumers’ health at risk. Photograph: iStock

Eight food businesses were closed across the State last month for breaches in food legislation.

Four restaurants, a take away, a food stall, a grocery store and a manufacturer in counties Dublin, Cork, Wicklow, Wexford, Clare and Offaly were served closure orders by environmental health officers in the Health Service Executive (HSE).

Three of the closure orders were served under the FSAI Act where it is deemed that there is a grave and immediate danger to public health at or in the premises.

The other five were issued under the EC (Control of Foodstuffs) Regulations, 2010. Both are considered very serious.

Among the businesses closed during the month were the Piece of Cake food stall in Temple Bar Market in Dublin 2 for the storage of foodstuffs likely to support the growth of pathogens, The New Leaf Restaurant in Tallaght, Dublin 24 and Son of a Bun in McCurtain St, Cork city.

Dr Pamela Byrne, chief executive of the FSAI, said it was not acceptable for food businesses to potentially put consumers’ health at risk.

“By law, food businesses should at all times produce or serve food that is safe to eat,” she said.

“Negligent practices cannot and will not be tolerated. The onus is on every food business to have a food safety management system in place, which assists in identifying and controlling hazards that could pose a danger in the preparation of safe food.”

Five of the closure orders were lifted for the food businesses during the month.

During the month the FSAI successfully prosecuted Keelaghan Wholesale Meats Ltd, a cutting plant in Ashbourne Industrial Estate, Ashbourne, Co Meath. The business was convicted on six summonses and issued with a total fine of €16,000.

Three closure orders was served under the FSAI Act, 1998 on:

* Son of a Bun restaurant in 29 McCurtain St, Cork city.

Five closure orders were served under the EC (Official Control of Foodstuffs) Regulations, 2010 on:

A prohibition order is issued if activities involved a serious risk to public health from a particular product, class, batch or item of food.

One prohibition order was served under the EC (Official Control of Foodstuffs) Regulations, 2010 on:

One prohibition order was served under the FSAI Act, 1998 on:

One improvement order was served under the FSAI Act, 1998 on:

Full details of the enforcement orders and the dates they were lifted, if applicable, are available on fsai.ie