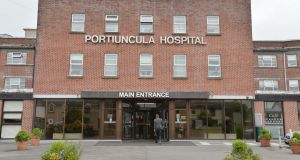 A couple who lost two babies in Portiuncula Hospital in Ballinasloe, Co Galway, has criticised a further delay in a review of 18 problem births in its maternity unit.

Warren and Lorraine Reilly, whose daughters Asha and Amber died in the hospital in 2008 and 2010, have been told the investigators reviewing their cases “are no longer in a position for personal reasons to complete your reports”.

Two new investigators are being appointed, but the family says this will lead to more delays in the review process.

The review of the 18 cases, which includes the Warren’s two daughters, began in March last year and was due to be completed by last autumn, but it has been repeatedly delayed.

The hospital says the provision, to affected families, of a draft chronology of events has been delayed in “a small number of cases” but it is working to “progress this”. It says it regrets any distress caused and has offered counselling services.

The review was ordered after it emerged seven births at the Co Galway hospital involving oxygen deprivation, two of which resulted in death, were being investigated.

An initial review found “apparent deficiencies” in the interpretation of foetal heartbeat tracing, the administration of drugs to accelerate labour and instrumental delivery.

The investigation began after it emerged that referrals for a treatment to reduce the risk of brain injury among babies born “flat” or unresponsive were three times the level in comparable hospitals.

The review was later expanded to include other cases and Prof James Walker, professor of obstetrics and gynaecology at the University of Leeds, was appointed to chair it.

Mr Reilly took the unusual step of writing to Prof Walker last month to express his concern about the delays.

“We are reaching a point where we can no longer have faith in the review process due to the lack of professionalism we have experienced,” he wrote.