Opinion: A society that aspires to be humane must recognise the reality of human difficulties 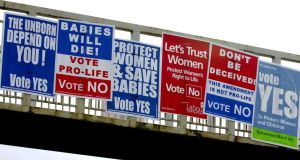 The Protection of Life during Pregnancy Act (PLDP Act) was signed into law in July last year and became operative at the start of 2014. This law was 20 years in gestation, since the Supreme Court ruling in the X case in 1993, which allowed for lawful abortion when the mother’s life was at risk, including the risk to life from suicide. In two subsequent referendums the Irish people voted to support the Supreme Court decision that suicidality could be a legitimate reason for terminating a pregnancy.

The regulations and procedures about how the service will operate are laid out in the PLDP Act and statutory instrument. But a hitch has now come to light: guidelines for clinicians on the new legislation are still pending. This was brought to light in an Irish Times article by Kitty Holland on January 3rd. While there are some minor professional issues related to training that remain to be resolved, the real problem is how women will access the service. The College of Psychiatrists of Ireland had expressed “extreme concern” at the absence of guidance for GPs in finding suitable psychiatrists to assess a suicidal woman requesting an abortion.


Sexual violence
Let us imagine a hypothetical case. A woman, let us call her Kate, becomes pregnant following an act of sexual violence. She is distressed and inconsolable and cannot contemplate continuing with the pregnancy. She would rather die than continue with the pregnancy and forced motherhood. She is not depressed, but she is suicidal and the only remedy for her is the termination of the pregnancy.

Where does she turn for help? Her first option is to go to her GP who would refer Kate to her local HSE psychiatrist. Psychiatry services are provided on the basis of geographical location and patients are sent to whoever provides the service in their area. Let us suppose that Kate is referred to an anti-choice psychiatrist. This is the nub of the problem. We have had a public debate in which some psychiatrists have said that abortion is never a treatment for suicidality. Prof Patricia Casey has stated that “there are no grounds for recommending abortion as a treatment to prevent suicide” and further that it is “deeply insulting” and “discriminatory” that some psychiatrists should be excluded from determining suicidality under the Act because of their “personal position on the issue”.


‘Personal position’
Let us return to Kate, who might still possibly have the resilience to request a review of this opinion, as is her right. At the review committee stage, she could also encounter a psychiatrist whose “personal position on the issue” is that abortion is never a treatment for suicidality. She may feel humiliated and abandoned. She may lack financial resources; she may be unable to travel abroad; she may be a refugee. She may feel desolate and unable to go on . . . and she may kill herself.

The abortion debate of 2013, which pitched “pro-choice” positions against “pro-life” ones, left many serious questions unasked. There was no analysis of what these positions mean. Many of the leading “pro-life” figures are members of the Iona Institute, which “promote(s) the place of marriage and religion in society”. This position obviously informs the abstract moral nature of the arguments that they put forward in the debate.

What, on the other hand, does a “pro-choice” position mean? Its essence is that a woman herself should have the right to terminate her pregnancy, within certain limits usually. In almost all countries this is a legal right, usually counterbalanced by the legal rights of the foetus, prohibiting abortion beyond a specified point in pregnancy, except in extreme circumstances. When people speak of a middle ground they would seem to be cognisant of the sometimes harrowing choices that some women have to make and yet to fear a liberal abortion regime. There is now a recognition that rigid moral positions can fall apart in the real world and a society that aspires to be mature and humane must recognise the reality of human difficulties.

How many individuals in Ireland would deny Kate the right to end the pregnancy that resulted from rape and to terminate the unbearable prospect, for her, of forced motherhood?

In almost all countries worldwide women have the right to abortion in cases of rape and incest, and 75 per cent of Irish people, from what we know, support this right (June 2013 Irish Times poll). Refusing the right to end this kind of pregnancy is exactly what the “pro-life” lobby advocated.


National panel
How could we make our pathways to care for Kate less capricious? We could simply create a national panel of psychiatrists, who would be screened to ensure that they would allow for the possibility that abortion might, under exceptional circumstances, be the only way of saving the life of a pregnant suicidal woman.

The anti-choice movement in Ireland continues to oppose abortion except where there is a risk to life because of a medical or an obstetric problem. Anti-choice doctors should leave this call to those of us who believe that being suicidal can be a legitimate reason for facilitating the request of a woman, like Kate, for a termination, as is the law.

The conscientious objectors need to move aside now and allow the majority of doctors to conscientiously implement the legislation.