When it comes to climate change, Shell is backing the wrong horse

Opinion: Shell, with its enthusiastic embrace of fracking, has a credibility problem 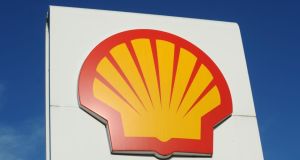 ‘Shell faces up to climate change challenge” ran the headline in this paper last week. I wish it were true but the company has a credibility problem when it comes to the issue. It is betting everything on the presumption that we will keep burning the fossil fuels that it keeps pulling up out of the ground.

It is hard for Shell to be talking climate one minute and a new “golden age of gas” the next. It is a major player in the energy game and that cannot but affect how it sees our energy future.

It makes sense when Shell says that the capture and storage of carbon in power stations will be one of the solutions we will need, but relying on that crutch is not enough of a response to the scale of crisis we face. Its own New Len s Scenarios analysis recognises as much.

Shell’s scenario planning is always very professional, which makes its latest document all the more scary to read. No matter what way it slices and dices the future, it cannot seem to find a way to keep the global temperature increase beneath the 2-degree safety barrier that scientists say we should not pass.


Fossil fuels
My only hope is that Shell is missing out on what might be possible because as a fossil fuel company it cannot imagine what it might be like for us to live fossil-free. The company is sceptical that renewable power supplies can provide the energy we will need, but solar power has increased 100-fold in the last 10 years.

In Ireland, wind power alone could power our computers, run our cars and heat our homes. The price of solar and wind power is consistently falling and the finance gurus in Bloomberg New Energy Finance say that 70 per cent of all investment in power generation between now and 2030 is going to go into renewables. There is a war raging for who will be our preferred power supplier and I think Shell is backing the wrong horse. However, it is winning the PR battle hands down. The European council of energy ministers met in Dublin last month. They came out of with nothing but fear on their lips about the competitive advantage that the US now has as it fracks its way to energy independence. North Dakota is visible from space at night, as the oil companies flare off their excess natural gas. Shell is heading into the Arctic to drill and is chasing the shale gold rush right across the US and China.

It is a risky bet, not just for climate reasons but also for the known unknowns that surround the whole shale revolution. No one is certain what the long-term supply will be, whether there will be enough clean water to flush the gas out and what the real economic price of the gas is. Europe could try to beat the Americans at the shale game by drilling across the Continent or we could instead lead the alternative energy efficiency and renewables revolution.


Alternative energy
The Shell scenario planning estimates that we will be able to bring the level of carbon emissions down to sustainable levels by the end of this century, but that might be a couple of decades too late. Is it beyond possibility that we could bring that change forward and create a stable economic system that will work as long as the sun still shines?