What good are citizen scientists?

Can people who volunteer to collect data really help protect the environment? 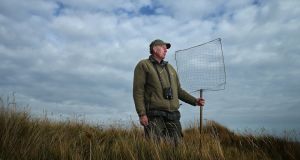 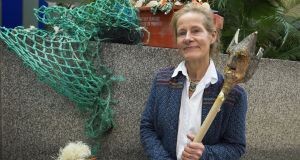 Citizen scientists – people who volunteer to collect data for natural science and environmental projects – have been giving freely of their time for more than 200 years. In fact, amateur scientific data collectors existed before scientists themselves, as natural sciences such as botany and zoology were still part of natural philosophy until the term scientist was coined in 1833.

Birdwatchers were among the first to put their hobby to good use by providing information about the migratory and breeding patterns of birds around the world. But how useful is this amateur or quasi-scientific data collecting? And does it lead to better awareness of trends and thus a more robust approach to nature conservation?

In the US, citizen scientists are honoured by the White House as champions of change, and Cornell University (birds.cornell.edu) has designed a Citizen Science Toolkit to guide volunteers through the process of data collection. As one of the world leaders of citizen-science projects, Cornell is also to the fore in redesigning the CitizenScience.org portal used around the world.

In Ireland, the National Biodiversity Data Centre (biodiversityireland.ie) in Waterford acknowledges the contribution of citizen scientists through its Distinguished Recorder Award. In 2015, Padraig Whooley from the Irish Whale and Dolphin Group won the award for his land-based dolphin and whale watches and recordings, which increased the knowledge of the inshore movements and seasonal variation of cetaceans in Irish waters.

Liam Lysaght, the director of the centre, says citizen scientists are a fantastic resource. “All data collected requires a validation process and sometimes we involve citizen scientists in this validation process too. The key with the work of the National Biodiversity Data Centre is that we feed the data directly into the planning process so local authorities can use it for site-based management actions,” says Lysaght. The aim of the centre is to build up a comprehensive picture of all species across Ireland and where they exist in high or low numbers.

Much of the data in the centre’s plant, insect and animal data collections have been provided by amateur data collectors. Lysaght says that projects investigating small populations of rare species aren’t suitable for citizen scientists, partly because of the small numbers and also because some of these species are very difficult to identify. All of the centre’s information about species distribution is freely available to environmental consultants.

The annual Bioblitz events in parks across Ireland encourage large numbers of people to go out and identify species. “These events help increase awareness and appreciation of Ireland’s biodiversity but our recent National Biodiversity Indicators report [the first of its kind in Ireland] showed that in 60 per cent of cases, there is inadequate progress in conserving biodiversity.”

“We tag invasive species, threatened species and protected species. Our job is to provide the science. We don’t get involved in policy decisions and there is very poor political support for nature conservation in Ireland,” says Lysaght. He adds that while some citizen scientists go on to campaign on environmental issues, he believes it is not part of the definition of a citizen scientist.

Niall Hatch from Birdwatch Ireland (birdwatchireland.ie) is less interested in separating out the roles of their volunteers, as people campaigning for protection of birds are often the same individuals who will count swans on the lake near their home. “We have more than 300 surveyors who take part in the Countryside Birds Survey and about 450 who take part in the Irish Wetlands Bird Survey. We have several thousand people who keep track of birds in their gardens from November to February for the Garden Bird Survey. And Irish school children join others across Europe and Africa in the Spring Alive (springalive.net) identification of their first swift, swallow or cuckoo,” says Hatch. “Many of those who survey bird populations also have strong views on environmental issues and get involved with campaigns on the EU Birds and Habitats directives.” The work of the citizen scientist was also crucial for the Bird Atlas 2007-2011, which mapped the distribution of all bird species and conservation priorities. “There were about a million records submitted in Ireland,” says Hatch. Non-governmental organisations such as Bird Watch Ireland also run occasional workshops for volunteers new to conducting surveys.

It could be argued that Coastwatch Ireland marine zoologist Karin Dubsky (coastwatch.org) actually encourages citizen scientists to campaign for better protection of the Irish shoreline. At a workshop last month, the volunteers who assess the state of the Irish coastline came together to look at the findings of animals, sea birds, plants, marine litter and quality of water. At the workshop, they were encouraged to find ways to encourage better enforcement of environmental legislation. Government representatives from North and south also gave participants an overview of progress in both jurisdictions of the EU Marine Strategy Framework Directive. This directive instructs member states to attain “good environmental status and the creation of marine protected areas by 2020. The so-called programme of measures proposed in the Republic is open for public consultation until January 29th (seebit.ly/1OoTTMp).

Jonathan Mason volunteered to monitor a stretch of the coastline in North Dublin for the Coastwatch Ireland survey in 2015. “I provided data on six 500m stretches [the coastline is divided into 500 m stretches for almost 600 sites] and I found that it gave me a chance to have a more intense look at places that I thought I already knew so well.” Apart from providing Coastwatch Ireland with valuable data about the state of the coastline around the entire island, Dubsky says that volunteers sometimes discover things that State agencies hadn’t known about. “For example, in 2015, we looked at dune vegetation for the first time and some of our volunteers found dunes that weren’t on National Parks and Wildlife Services maps. A few years ago, a volunteer in Co Wexford discovered the most important honey comb reef in Europe,” says Dubsky. She adds that volunteers have also spotted new dune lagoon features developing near the Merrion Gates in south Dublin and extensive erosion on the dunes in Portrane in north Dublin.

Dubsky encouraged workshop participants to draw attention to the problems of erosion and marine litter. “There is no proper erosion management policy in this country. And there is a big problem with plastic bottles, and tyres are placed in the sea in some areas to collect pillar crabs for eating or for fishing bait. It is up to our authorities to tackle these issues.” Dubsky says that it’s frustrating if citizen scientists’ findings are ignored by the authorities but it’s equally encouraging when volunteers are allowed to act on their discoveries. “A few years ago in Galway, schoolchildren found an invasive alien oyster and the teacher agreed that they could kill it. This gave these children a lifelong experience on nature conservation,” says Dubsky. But the use of citizen science data is not without its critics in Ireland. Declan Doogue, a botanist/ecologist and nature conservationist puts it this way. “Does the huge amount of voluntary work collecting data about nature result in real action on nature conservation? What we, as citizen scientists, need as well are citizen lawyers, citizen forensic accountants and citizen planners who will make sure the existing body of legislation on nature conservation is enforced.”

At the Coastwatch Ireland workshop in Dublin in December 2015 the international campaign against microbeads in cosmetics was discussed. These tiny particles of plastic, which end up polluting our seas and threatening marine species, are added to personal-care products such as body scrubs and toothpaste. Two Dutch NGOs , the North Sea Foundation and the Plastic Soup Foundation, launched an app in 2012 as part of their Beat the Microbead campaign (beatthemicrobead.org). The app allows consumers to scan personal-care products to check for the presence of plastic microbeads. The Irish NGO An Taisce is part of the campaign through its Clean Coasts beach clean-ups programme (cleancoastsireland.org). Some cosmetics companies have already agreed to phase out the use of these microbeads in their products. In Ireland the Department of the Environment has committed to introducing a marine-litter campaign as part of the Green Schools programme.