Up to 4,000 fish killed after pollution of River Clodiagh 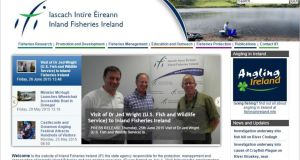 Inland Fisheries Ireland (IFI) said it had responded to reports of a pollution discharge last Tuesday on the tributary of the Tullamore River.

An investigation is under way into a large fish kill on River Clodiagh, an angling waterway.

Inland Fisheries Ireland (IFI) said it responded to reports of a pollution discharge last Tuesday on the tributary of the Tullamore River in Co Offaly.

An estimated 3,700 fish have been killed along a 5km stretch of the river, an IFI spokesman said.

Trout, salmon, lamprey, minnow and stone loach were among the species of fish killed.

IFI said it is investigating whether a discharge of chemicals may have occurred from a specified location and is following a definite line of inquiry.

Water and sludge samples have been taken with a view to a possible prosecution.

IFI director Amanda Mooney said the pollution and subsequent fish kill is “a devastating blow” to the River Clodiagh.

“The quantities of fish present would indicate that the river had recovered considerably in recent years from a previous eutrophication state, with excellent salmonid spawning and nursery habitat,” she said.

The IFI said the river will take a considerable number of years to recover from the latest incident.