Record number of birds of prey were poisoned last year 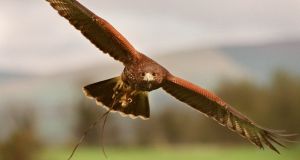 A record number of birds of prey were illegally shot or poisoned in the Republic last year, new figures show.

In total, 35 “poison and persecution incidents”, some involving multiple deaths, were identified by the National Parks and Wildlife Service (NPWS), a figure which represents the largest annual number of incidents since recording began in 2011.

The report notes that the true levels of mortality are likely to be significantly higher due to difficulties in recording deaths.

However, the use of tracking devices on birds has helped with the process of finding dead bodies.

The 35 incidents included 26 poisonings. These poisonings included three poison bait incidents, two of which resulted in the deaths of multiple birds and dogs.

In addition, there were nine separate incidents in which birds of prey were shot, which was the highest number of such incidents recorded in a single year since records began.

Two court cases taken by the NPWS in relation to poisoning incidents were successful during 2016.

Dr Barry O’Donoghue, of the NPWS, said every bird or animal killed “has their own individual life story”, giving the example of one hen harrier.

In January 2015, the satellite-tagged hen harrier was found shot dead in Co Kerry.

The young female had been tracked over the internet by thousands of people across the world.

“Knowing this bird since she was a tiny chick, and having followed her every movement remotely and in the field was a real privilege,” said Dr O’Donoghue.

“It was heartbreaking to find this young bird when she had been shot.

“Through the satellite-tracking programme, thousands of people were given an insight into the life of this bird.

“Her progress was followed from Co Kerry to the Wicklow Mountains.

“She visited Co Meath, then Co Louth, Co Monaghan and Co Armagh, and rested by the shores of Lough Neagh, before making a long-distance journey all the way to the Atlantic cliffs of south Cork.

“She stayed there for most of her first winter with a number of other harriers. From these older birds, she would have learned of good hunting places and safe places to spend each night.

“In late 2014, she returned to south Kerry, back to the very site where she was born. It seems likely that she might have returned to breed there this summer, but unfortunately her life has been cut short.”