Protests over plans for Dublin docklands 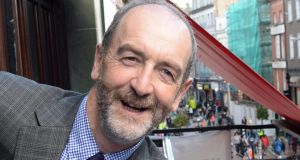 The proposed Strategic Development Zone (SDZ) designation for Dublin’s docklands is “a disaster waiting to happen”, according to the North Wall Community Association.

About 100 local residents yesterday protested at the opening of a Bord Pleanála hearing on the scheme, having marched from Sheriff Street to the venue at Findlater Place.

They were joined by north inner city councillor Nial Ring, who said there was a “real sense of fear and foreboding” in the community over the possible loss of local schools and “resultant ghettoisation”.

But Dublin City Council’s chief planning officer, Dick Gleeson, told the hearing the scheme took a “holistic plan-led approach”, with social regeneration as one of its primary aims.

He said the proposed SDZ – which, if approved by the appeals board, would introduce a “fast-track” planning regime – had taken two years to prepare and was the subject of extensive public consultation.

It covered an area of 66 hectares, of which 22 remained to be developed, and took account of such “difficulties” as the banking collapse, developers being “in Nama” and a “paralysis” in construction.