More than half of septic tanks failing inspection 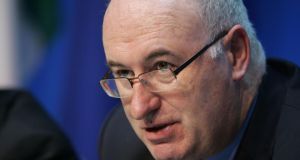 
Septic-tank owners will not be flushed with success today following the news that more than half of household tanks inspected by local authorities failed their first inspection.

An interim review of the inspection plan by the Environmental Protection Agency (EPA) found that between last July, when the inspections began, and the end of February, 53 per cent of the 423 tanks inspected failed to comply with regulations.

Failure to desludge the tank was the main reason for non-compliance, with 116 septic tanks falling at this hurdle. The operation and maintenance of the system was cited in 109 cases.

Roscommon had the highest non-compliance rate, with 78.9 per cent of treatment systems failing the first inspection. It was followed closely by Limerick, at 78.8 per cent and Cavan at just over 72 per cent.

In Westmeath, 86.3 per cent of tanks passed the inspection while Galway had an 85.4 per cent pass rate.

The national inspection plan was announced by Minister for the Environment Phil Hogan last July under EU waste regulations.

The EPA set local authorities a target of inspecting at least 1,000 septic tanks by July, but at the end of February, inspections had not started in Clare, Donegal, Leitrim and Offaly. The agency will conduct a full review of the inspection plan after the first year of the programme has passed.