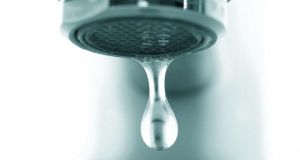 Hundreds of residents on the north side of Limerick city might not be able to drink their tap water for up to a year as Irish Water works to eliminate elevated lead levels.

Some 356 houses in Kileely were issued with notices yesterday warning them not to drink the water or use it for preparing food or diluted drinks, including baby formula feeds and ice cubes.

The alert came less than three weeks after 400 homes in nearby Ballynanty were put on similar notice after tests carried out at a number of homes showed lead levels above the statutory limit for lead in drinking water.

Limerick City Council identified a programme of works to replace these connections and Part 1 of this programme successfully removed approximately 2,000 of them.

Programme 2, currently being planned by Irish Water, will remove the remainder of these connections but will cost €6 million and take up to 12 months to complete.

Remedial works in Ballynanty are planned to start next month and work in Kileely is planned for January 2015.

Ultimately it is the responsibility of the HSE to decide when the water restrictions can be lifted. However residents in Kileely may be unable to drink their water for up to a year and a half, given that remedial works are not due to start until next January.

In the notices distributed yesterday, the HSE emphasised that pregnant women and young children in particular should not drink water suspected of having elevated lead concentrations.