A remarkable ecological initiative is under way in Rogerstown Estuary, just north of Dublin 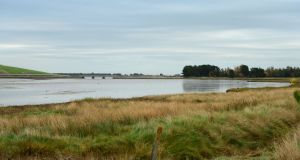 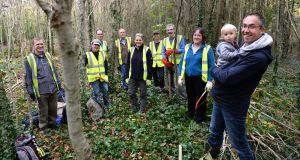 Rogerstown Estuary was long a hidden jewel of Co Dublin’s coastal scenery and wildlife, overshadowed by the international reputations and exceptional accessibility of North Bull Island and Sandymount Strand.

Locals from Swords, Donabate and Rush have always known that the inner estuary, bounded towards the sea by the Dublin-Belfast railway bridge, was a special place. The subtle wetland landscape captures light in ever-shifting ways. Walking there is a more powerful, and much more desirable, antidote to stress than Prozac.

Well-informed nature lovers have been enjoying its wealth of wildfowl, wading birds and plants since at least the mid-1970s. It has also long been home to gardening allotments.

But it is only in recent years that innovative management by Fingal County Council has opened up the estuary, and the Turvey parklands to its south, to a much wider range of visitors. The council consulted widely with neighbouring communities, and with groups ranging from BirdWatch Ireland to the boy scouts and the National Parks and Wildlife Service.

Nature on Display: An Integrated Masterplan for Amenity, Nature, Agriculture and Education was the outcome, published in 2008. Since then there have been many positive changes, although some initiatives will take decades to bear full fruit.

Hiking routes and cycling trails now extend through most of the Turvey parklands, and will soon link the site to Newbridge Demesne, nearby.

The setting has been greatly enhanced by the planting of 30,000 native trees by Conservation Volunteers Ireland and locals, and by the reintroduction of traditional grazing and cultivation in some areas.

Now the council’s biodiversity officer, Hans Visser, has begun to incorporate elements of “climate-smart conservation” into the management of the site, anticipating the future effects of increasingly frequent and dynamic high tides. This is a pioneer project for Ireland.

His first step, taken two months ago, has been to level nearly a kilometre of a 1.5metre-high embankment above a stretch of the south bank of the river. This will allow exceptionally high tides to flood on to several acres of level grassland.

“The removal of the embankment here means that this area will probably flood with brackish – ie, partly salt – water about twice a year, instead of once every 10 years,” says Visser.

“We are restoring the natural hydrology of the area, beginning to climateproof the estuary,” he continues. “There are no houses behind this bank, no critical infrastructure, so we are able to allow floods to occur as they should naturally.”

This absorption of floodwaters is a valuable ecosystem service provided by wetlands, protecting housing upstream from extreme weather.

On the open area where we are standing, the flooding will create a gradual shift in vegetation from wet grassland towards salt marsh.

“We don’t have sufficiently detailed records to claim that we are restoring the salt marsh that may have existed in this precise place before,” he says, although he thinks it is likely. In any case, the drainage of so much salt marsh along Dublin’s coastline makes any increase of this habitat a biodiversity gain.

But Visser cannot be sure exactly which species may benefit and which may lose. This raises a typical conservation dilemma. It has led to discussions with the National Parks and Wildlife Service, which has overall responsibility for protecting the estuary’s species, as it has been designated a special area of conservation.

A little farther upstream, in similar wet grassland, a protected rare grass called meadow barley (Hordeum secalinum) is found. It tolerates a slightly salty environment but will not survive in full-blown salt marsh. So Visser is faced with the paradox that restoring the natural hydrology more extensively than he has done already could endanger a protected species.

Whether the extension of salt marsh could destroy existing skylark breeding habitat, and potential nesting sites for lapwing, is a further issue that will require careful monitoring.

This situation illustrates the degree to which conservationists, operating in a world where natural spaces have shrunk to fragments, live daily with the painful question of triage; they are like battlefield surgeons, prioritising the treatment of the wounded.

Visser’s general approach is to encourage the return of the broad ecosystem dynamics that originally created the landscape mosaic, while keeping a close eye on the effects on its individual pieces.

The main changes in future, he says, “are linked to the restoration of the natural hydrology of the site, further expanding the open water in Turvey.

“We are also looking into moving away from grazing targets in individual fields and allowing for herds of cattle and horses moving over a larger linked grassland area, and potentially grazing the woods too. The idea is to allow for the natural processes such as flooding and grazing to take place and monitor how nature reacts to these processes.”

It’s exciting that such large-scale ecosystem restoration is taking place so close to our capital city. And it’s important to remember that this might not even be conceivable today without many years’ hard work by local citizen scientists in BirdWatch Ireland. They began systematic counting of the wintering wildfowl and wading birds on the estuary in 1989, several years before the national Irish wetland bird survey began.

But why is counting birds important? The records produced showed that the estuary attracts wintering bird populations of international significance, on a par with better-known sites like Bull Island.

This was enough to convince a government minister, in 1996, to deny permission for extension of the Balleally landfill site, on the north side of the inner estuary. Ironically, the applicant was Fingal County Council, in an era before biodiversity officers.

BirdWatch Ireland went on to buy land on the site and to build hides on either side of the estuary. These offer spectacular opportunities to see many birds, including several species of geese, a dozen species of duck, and most of our wading birds, in glorious detail only a few metres away. Or just to sit and enjoy the constant changes in the light and on the water.

So should we struggle to maintain habitats, ecosystems and entire landscapes within their current range of species and ecological processes? Or should we adopt “climate-smart conservation” and attempt to anticipate the effects of rapid change in the near future, and adapt conservation management and goals accordingly?

These are fraught questions. There is a strong argument for accepting that some changes are inevitable, and altering the practices at particular sites to accommodate them.

Facilitating localised flooding to absorb increasingly high tides, as at Rogerstown, is a fairly straightforward case; the new habitat will be similar to species-rich marshes long lost to drainage in the area.

But there is also a danger that a crude version of “climate-smart” thinking could lead to giving up on valid but costly conservation efforts – a convenient excuse to abandon, for example, native oak forest and bogs to invasive alien species such as rhododendron.

There is likely to be much debate about how much we should second-guess climate change.