In National Tree Week, a new book should ensure that the unique collection of champion trees at Kilmacurragh in Co Wicklow is about to become better known 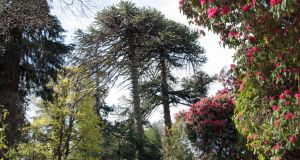 A remnant of the estate’s 19th-century monkey puzzles, plus towering specimens of the rhododendron ‘altaclerense’. Photograph: Megan O’Beirne 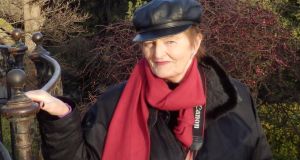 Megan O’Beirne, author and photographter of ‘Kilmacurragh: Sourced in the Wild’ 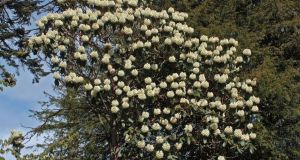 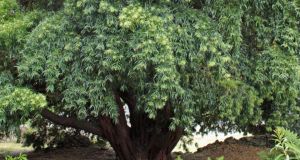 Most people have never heard of Kilmacurragh Arboretum, a tree lover’s paradise half an hour south of Bray, Co Wicklow. For many years the gardens were neglected and the Queen Anne-style house was left to crumble because of an ownership dispute. It was only when the National Botanic Gardens took over the estate, in 1996 – the Land Commission had aquired it in 1976 – that its botanical treasures and champion trees were rediscovered.

Now a new book, Kilmacurragh: Sourced in the Wild, by the photographer (and retired teacher) Megan O’Beirne, invites readers to explore the gardens and learn about the Acton family, who owned them from the 1700s to the 1940s. (The late Irish Times music critic Charles Acton was the last member of the family to inherit the estate.)

O’Beirne, whose new book coincides with National Tree Week, charts Kilmacurragh from its early monastic settlement until the current restoration work on the gardens. “I see my book as capturing an organic entity in a time of evolution,” she says. “I feel a sense of awe towards the champion trees and a palpable sense of history from the gardens and ruined house. I was also very aware of the clashing worlds and how the Actons lived in a colonial bubble: they brought their expertise and civilisation but also their arrogance.”

O’Beirne’s book has an introduction by Peter Wyse Jackson, who was director of the National Botanic Gardens from 2005 to 2010. “When the gardens were first brought under the care of the Glasnevin Gardens, it was in a sorry state of neglect and dereliction. In the new era, slowly the secrets were revealed,” he writes.

“Kilmacurragh’s acidic brown soil, moderate winter temperatures and low rainfall made it more suitable for many specimen trees than the National Botanic Gardens in Glasnevin,” he explains.

Thomas and Janet Acton had access to seeds brought back from abroad by 19th-century plant hunters. Some specimen trees planted at Kilmacurragh more than 150 years ago are still producing seedlings for trees that have since become threatened species in their native countries. An oriental spruce on the front lawn, a 45m Wellingtonia tree, a magnificent Magnolia campbellii from India and a Mexican cypress are among the most beautiful champion trees there.

Visitors can meander through the remnants of the 17th-century formal gardens and on into the later, Robinsonian-style wild gardens. A smaller terraced section has been extensively replanted by the National Botanic Gardens in the past few years. The gardeners have also recently planted an avenue of monkey puzzles.

“I was very aware of the undertow of melancholy in the place, even considering the burial mound for the monks and the yew trees along the monks’ walk,” she says. The house at Kilmacurragh was built on the site of a monastery whose abbey was on the pilgrim route from Delgany to Glendalough.

O’Brien points to a cluster of ginkgo trees just outside the walled garden as an unofficial memorial to those who died in the first World War. It could be said that Kilmacurragh never fully recovered as a family home following the loss of lives during the GreatWar.

Abandoned in the 1920s, the house was later run as Kilmacurragh Park Hotel by Charles Budina, a German. It was after this time that the estate’s ownership was disputed. If the gardens “had been left another few decades they might not have been saved”, says O’Brien.

With the opening of a cafe in the restored courtyard buildings this summer, more people can be expected to venture down the N11 to this little-known trove.