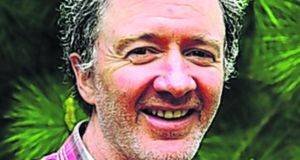 Green Party’s Cllr Malcolm Noonan said voters had sent out a clear message that they do not want the central access scheme to proceed.

Kilkenny’s controversial central access scheme, with a new bridge over the river Nore, may be in jeopardy following the election of several opponents, and the defeat of some of its most prominent supporters.

Green Party environment spokesman Cllr Malcolm Noonan, who was among those re-elected, said voters had “sent out a clear message to political representatives that they do not want the central access scheme to proceed”.

Mr Noonan, the only outgoing councillor who opposed the road plan, has now been joined by several other opponents, including Joe Malone and Pat McKee (both Fianna Fáil), Kathleen Funchion and David Kennedy (both Sinn Féin) and Brenda Gardiner (Independent).

Those who lost their seats included prominent supporters of the scheme, including outgoing mayor of Kilkenny Martin Brett (Fine Gael) as well as Seán Ó hAragáin and Marie Fitzpatrick (both Labour) and John Coonan and Joe Reidy (both FF).

“It’s a bit like Wood Quay all over again here,” said Cóilín Ó Drisceoil of the Kilkenny Archaeological Society, referring to the outcome of local elections in 1979 at the height of a row over the fate of Viking remains on the site of Dublin’s Civic Offices.

Kilkenny-based Fianna Fáil TD John McGuinness, who is chairman of the Public Accounts Committee, has also called for a review of the scheme, and it is expected that a motion to drop it will be tabled at the new council’s first meeting next month.

“While his comments are coming very late in the day, they are welcome nonetheless,” Mr Noonan said, adding that the “new political dynamic” on the council should see plans advanced to complete Kilkenny’s ring road as a first priority.

The latest developments follow a decision by Kilkenny county manager Joe Crockett that the gable wall of a house on Vicar Street – which was due to be demolished – would be spared after it was found to contain medieval (pre-1700) remnants.

Although a report by historic buildings consultant Rob Goodbody – commissioned by the council – speculated that these remnants had been moved there from another location, an independent report concluded that they were part of the structure.

The latest report, commissioned by the archaeological society and An Taisce, concluded that the gable of No 22 Vicar Street “is a rare example of a standing section of an Irish Renaissance cathedral manse house” and should, therefore, be preserved.

A spokesman for Minister for Heritage Jimmy Deenihan said a decision on whether the structures at 20–22 Vicar Street constitute a national monument has yet to be made, based on “all the archaeological assessments currently being undertaken”.