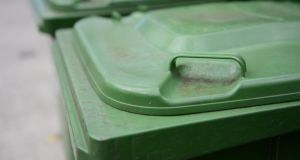 The volume of municipal waste “recovered” through incineration and recycling has exceeded than the tonnage being sent to landfill for the first time since records began, according to the Environmental Protection Agency.

In its 2012 National Waste Report, the EPA said 59 per cent of municipal waste was recovered that year, compared to 41 per cent consigned for disposal at landfill sites — largely as a result of the increasing use of incineration.

The volume of waste being incinerated rose from 7 per cent in 2011 to 17 per cent in 2012, with or without energy recovery, while the volume landfill decreased from 53 per cent to 41 per cent. In both years, recycling rates were 40 per cent.

The EPA attributed these dramatic changes in municipal waste management to “a combination of measures including an increase in the use of municipal waste as a fuel and increases in the landfill levy for disposal of waste to landfill”.

However, the EPA report notes that Ireland now has “operational” landfill capacity of 1.6 million tonnes — equivalent to two years’ demand — and says that “alternative treatment options must be developed as landfill capacity continues to decline”.

EPA programme manager Dr Jonathan Derham said the data showed that Irish society is deriving more value from the waste it generates through recycling and recovery, thereby contributing to the overall goal of achieving a “sustainable economy”.

He said the landfill levy, producer responsibility initiatives, the National Waste Prevention Programme and new waste collection obligations had turned Ireland’s “historically poor record on waste management” into one of the EU’s “top performers” in this area.

Dr Derham said we were now on track to meet EU waste reduction targets “albeit with risks around achievement of future targets such as 2015 end-of-life-vehicle recycling and recovery targets and 2016 targets for collection of portable batteries”.

The 2012 National Waste Report is available online at epa.ie