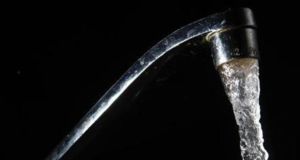 Water charges look likely to be introduced at the end of next year.

Minister for the Environment Phil Hogan has said he does not envisage anybody having their water supply cut off for failing to pay incoming charges, because they will want to contribute.

Mr Hogan said the Government was heading towards agreement with the EU-IMF troika about a later date for the introduction of water charges, originally expected at the beginning of 2014. The end of next year now seems a more likely date.

Asked what would happen to those who refused to pay, Mr Hogan said: “Water is a utility, so the same thing will happen with a utility as any other utility, but I don’t envisage anybody will be cut off, because they will want to pay for their water.

“It’s a vital resource for householders and business.”

Mr Hogan said he could not reveal how much water charges would be.