Government to remove jail threat for non-payment of water charges 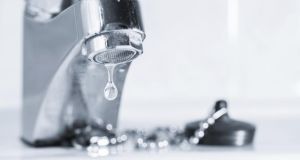 The Government is to remove the threat of jailing people who don’t pay the water charges.

Cabinet will discuss the proposals at their meeting tomorrow.

It is expected the Minister for the Environment Alan Kelly will accept the Law Reform Commission’s recommendation to remove the possibly of imprisonment.

The Cabinet will also discuss attachments for people who do not pay the charge.

The charges are €160 a year for a single person and €260 for others. Households will also be eligible for a conservation grant of €100 from the Department of Social Protection.

The compliance measures have been in draft form since January and have been with the Attorney General’s office for weeks.

Tens of thousands of people have vowed not to pay the charge.

Those who cannot pay will be invited to enter into so-called payment plans with Irish Water and are likely to be dealt with on a case-by-case basis.

The proposals are part of overall plans on debt recovery spearheaded by Minister for Justice Frances Fitzgerald.