An Taisce awards celebrate the natural beauty of our coasts

A photograph by Gino Perfetti of stormy conditions at Seapoint in south Dublin has taken the overall award in this year’s Clean Coasts’ Love Your Coast Photography Awards.

The awards, organised by An Taisce, were announced at an event in Smock Alley Theatre in Dublin on Tuesday night. The annual awards celebrate the natural beauty of the Irish coastline.

Mr Perfetti’s image of a stormbound Martello Tower at Seapoint, titled “Withstanding the Storm”, won him the top prize in the competition which has a prize fund of €5,000 sponsored by Coca-Cola. 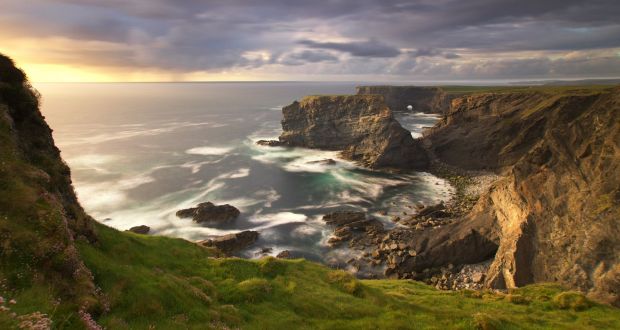 Clean Coasts is operated by the Environmental Education Unit of An Taisce and is supported by the Department of Housing, Planning and Local Government, and Fáilte Ireland.

Sinead McCoy, coastal communities manger with the unit, said: “The images submitted to the Love Your Coast Awards this year were of an extremely high standard, illustrating the vast character of our coastline from Fanad in Donegal to the Skelligs in Kerry, from dolphins to surfers and from families enjoying a day out at the beach to dramatic seascapes, these photographs truly captured the essence of the Irish coastline.”

A gallery of the winning and shortlisted photographs can be found at irishtimes.com/news/galleries. An exhibition of the best entries is planned for the new year.

Refill shops, a bill per clothes wash: What will a circular economy mean for you?

1 Why does the small TUV party frighten the DUP so much?

Refill shops, a bill per clothes wash: What will a circular economy mean for you? 05:00
HSE hack will cut lives short due to delays in diagnosis, doctors say 03:00
The ‘gaping gap’ in Ireland’s airspace defence 02:00
Varadkar to call for additional Covid spending on health to be maintained 01:47
Miriam Lord: Is Darragh O’Brien finding his feet in housing? 01:29