Dependence on agriculture to be taken into account, according to draft conclusions 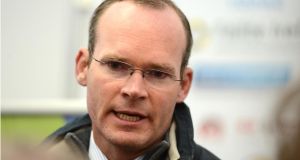 Ireland has won a significant breakthrough in its campaign to change the way emissions targets are calculated at EU level, potentially avoiding millions of euro in fines as the country struggles to meet its climate-change targets due to agricultural emissions.

A summit of EU leaders next week in Brussels, which will be attended by Taoiseach Enda Kenny, is expected to be dominated by discussions of the EU’s new climate-change package.

A draft copy of the “conclusions” of next week’s summit, seen by The Irish Times, states that the “multiple objectives of the agriculture and land use sector should be acknowledged” in EU climate-change policy. This is a signal that Ireland’s specific situation will be taken into account in calculating emissions targets.

Ireland’s agriculture industry accounts for a third of the country’s greenhouse emissions, compared to an EU agriculture average of around 9 per cent. The Government argues that the current system, which calculates targets based on gross domestic product (GDP) per capita, unfairly disadvantages Ireland.

It wants the European Commission to take account of the country’s grasslands, forests and bogs in the calculation of greenhouse emissions.

Speaking on the fringes of an EU agriculture meeting in Luxembourg yesterday, Minister for Agriculture Simon Coveney said that emissions should be calculated on the basis of intensity, rather than by imposing caps, a view that he said was now gaining traction among EU partners.

“We are not talking about taking agriculture off the hook in terms of its responsibilities, but to simply force Ireland to reduce its emissions from agriculture by reducing its herd size misses the point in terms of what we’re trying to achieve,” he said.

“This is a global problem. If we produce less, someone else somewhere else in the world will fill that gap, and in all likelihood that someone else will be producing food with a higher carbon footprint than Ireland.”

Mr Coveney added that Ireland has the lowest carbon footprint per litre of milk in the EU.

EU agriculture ministers yesterday agreed on measures to help the EU fishing industry, which has been badly hit by Russian sanctions.

Ireland is the third-largest EU exporter of pelagic fish, including mackerel and herring, to Russia.

EU ministers agreed in principle to allow greater flexibility on inter-year transfers of quota, effectively allowing member states to “bank” some of their fishing quota ahead of next year, when prices are expected to improve.

Member states will be allowed to arrange for 25 per cent of their mackerel quota to be banked for this year, while similar measures are being considered in relation to horse mackerel and Celtic Sea herring.

Although Ireland does not sell Celtic Sea herring to Russia, its price has fallen by 40 per cent due to the export ban.

Russia imported about €200 million in fish imports from the EU last year, with France, Britain, Denmark, Latvia, Estonia and Ireland the leading exporters.

Mr Coveney also stressed that support for the EU’s farming and fishing industry in the wake of the Russian embargo should not come solely from the EU’s agriculture budget, a position that, he said, is shared by incoming EU agriculture commissioner Phil Hogan.