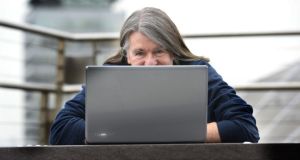 Peter Sweetman is perhaps the State’s foremost objector to energy projects. Currently in his sights are “at least 12” wind farm proposals.

He has objected to waste-to-energy plants in Ringaskiddy, Co Cork; in Duleek, Co Meath; and in Tuam, Co Galway.

He says “up to 10” of his applications for judicial reviews of Bord Pleanála decisions are currently before the High Court.

Names such as the Yellow River wind farm in Rhode, Co Offaly trip off Sweetman’s tongue – “That one is up to 166m high” – and as does Bellacorick in Co Mayo, site of “one of the State’s largest” proposed wind farms.

“We don’t need any more wind farms, and I’m arguing they are unsustainable. We have enough electricity generating capacity now and putting on more wind is just destabilising the grid . . . It is all unnecessary,” he says.

“I used to take on projects that I disliked from an environmental point of view. Now I just take on the ones that are in breach of EU regulations,” he says.

“Ironically, if the developers did things in accordance with EU environmental legislation there would be no need for me,” he adds.

Of plans to build a pumped storage hydroelectricity plant in Co Mayo, Sweetman says: “That is a priority one habitat.

“If they start that they will come up against the full force of me.”