Should our fields be for cattle or for flood protection? If we make the wrong choices, says the conservationist Tony Juniper, we won’t have an economy at all 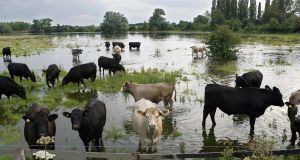 Rethink: Tony Juniper says land may be more valuable as flood protection or as a carbon sink than as pasture. Photograph: Leon Neal/AFP/Getty 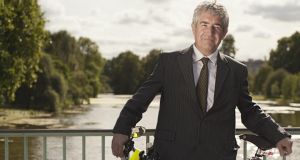 Rethink: Tony Juniper says land may be more valuable as flood protection or as a carbon sink than as pasture

‘We desperately need a new storyline,” Tony Juniper wrote in his thought-provoking book What Nature Does for Britain. The dominant story about the environment in our societies at present, he believes, is that “the protection of nature is harmful to people and the economy”.

He gives vivid examples from farms, fisheries and other businesses that the opposite is the case: people and the economy flourish when we take better care of the natural systems they depend on.

Juniper’s conservation thinking is honed by decades of activism in Friends of the Earth and other groups. He conceived the book as a UK election manifesto from which any party could borrow. But his offer mostly fell on deaf ears. David Cameron, having abandoned his earlier mildly green agenda, led the Conservative Party to a surprise overall majority. Then the Brexit movement, which drew some of its energy from resentment at EU environmental regulation, triumphed.

Today, however, Juniper remains adamant that the ideas which informed his book are more relevant than ever, even if their time has not come. His central point is that the concept of natural capital gives us a lens to see many values in the environment that our current economic and political narratives largely ignore.

“Natural capital gives us a frame where we can see that economic development is 100 per cent predicated on healthy natural systems. If we don’t look after those things, in the end we will have removed the ability to have any economy at all.”

How might we apply his ideas to such contentious areas as Irish agricultural policy, which currently values the profitability of expanded diary production over its environmental consequences? Juniper says it’s all about taking a “broader vision” of land-use options.

“A piece of land could be used to graze cows to generate more milk, but at the same time we are putting more fertiliser into the land, we are generating more greenhouse gases, putting more nutrients into the water, and we may be increasing flood risk. All of these things have an economic price tag. The reason current policy looks rational is because we have excluded all its economic downsides or costs.

“The power of the idea of natural capital is that you can see the whole picture, and then you are able to make much more rational economic decisions about that piece of land. It may be more valuable as flood protection, as water storage, as a carbon sink, as a place for people to enjoy recreational opportunities in the countryside, that makes them feel better, all of which adds up to more value than another 20 litres of milk per hectare or whatever it would be.”

That may sound very rational on paper. But will it convince a farmer who stands to lose a lot of income if not allowed to increase her or his diary herd?

“I can’t speak for Ireland, but in England we are currently allocating £3 billion a year in agricultural subsidies. That encourages farmers to engage in activities that may not bring these benefits.

“The financial and economic levers we’ve got, we can pull them in different ways, to get better outcomes, so farmers can still have decent incomes, but we are getting better value for the money we pay them in subsidies through taxes.

“It’s all about making the nonmarket elements visible. It’s very clear that you can sell a litre of milk in the market. What is often less clear is the cost to society from the pesticides in the drinking water, the flood risks that makes insurance costs go up, taxes that go to pay for flood defences, water-purification bills. Those are further from the market and hard to see, and that’s the difficulty.”

Juniper believes one reason these arguments are not being heard more clearly is because “the environmental community in Britain is still conflicted on what I regard as common sense. Some people regard natural capital thinking as the commodification of nature, another neoliberal push towards the destruction of life on earth. That argument is half-baked; it doesn’t really have a lot of foundation.”

He agrees that some fears about some policy mechanisms related to natural-capital thinking, such as biodiversity offsetting, may be dangerous to environmental goals – if they are abused. Biodiversity offsetting is the process whereby a developer is permitted to destroy a natural habitat on condition that an equivalent or greater area of degraded land elsewhere is restored to a healthy ecological condition. Its opponents call it a licence to trash nature.

Juniper accepts that offsetting should never be used in places of exceptional ecological value, but he thinks it can be a useful strategy elsewhere.

It clearly irks him that some environmentalists conflate flawed applications of offsetting with “an overall critique of natural capital. But natural capital is not just about market mechanisms. It’s about policy change; it’s about using subsidies, the levers of government, differently. It’s the opposite of neoliberalism. Environmentalists should not be falling into ideological traps, thinking everything with a market mechanism or a private-sector involvement is somehow hostile to what we are trying to achieve.”

What about those who take the opposite position, that a natural-capital approach produces a raft of regulations and is therefore anti-business?

“I would say that enlightened business understands the predicament we are in, in relation to climate, food security, biodiversity, water. Those businesses welcome good regulation as a driver of innovation. The smart thing for environmental groups to be doing now is to make common cause with these companies. Environmentalists will advance much faster by developing narratives that will go with the flow of positive businesses.”

Panel: Key Task? Win the Economic Argument
If you put economic values on nature’s services, some people argue, you abandon the moral high ground of defending the environment for its own intrinsic value. Juniper disagrees. “The reason we are losing the argument for the environment is not because we are weak on the ethical side,” he says. “We are very strong on that side. The reason we keep losing is because we’ve not won the economic argument. You can layer all the arguments. “So we as a conservation community want to protect blanket bog in Britain. We know about the birds, the insects, the plants, and then in addition we can layer on preventing flooding, making water more pure, accumulating carbon. We can add all that to what we have already decided in regard to hen harriers, golden plovers, marsh saxifrages, different types of spaghnum. “And this is true: we are not making this up. It’s a real extra set of values. And it will bring us more protected habitat, which is what we wanted to start with. “This is not pie in the sky. It is already happening, there are big benefits already, and we can get those benefits to a bigger scale. That’s a powerful storyline.”

Tony Juniper will speak at Making Nature Count, the conference of the Irish Forum on Natural Capital, at the National Concert Hall, Dublin, on Tuesday, October 4th, and give a free talk on Monday, October 3rd, 1-2.30pm, in the Haughton lecture theatre at Trinity College Dublin. Paddy Woodworth is on the forum’s steering committee