Substantial increase in level of fines, but fewer people are paying them 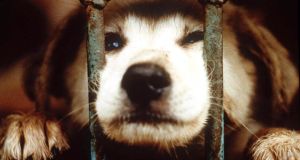 Wardens issued more fines last year than in the past decade to dog owners who broke the law. However, despite the increase in enforcement, there was a fall of 21 per cent in the number of fines paid compared to 2012.

The latest figures from local authorities, published by the Department of Environment, showed 4,005 on-the-spot fines were issued last year, up from 3,819 in 2012. Fines were imposed for breaches of the dogs acts ranging from not having a dog licence to not having a dog under proper control.

Overall, while the number of people being taken to court has fallen, there was an increase of 56 per cent in convictions secured, at 139 in 2013, up from 89 the year before.

On-the-spot fines were increased substantially from €30 to €100 last June in an effort to boost revenue for the dog control services.

However, taken overall, dog control services are in deficit. Last year the deficit stood at €1.4 million, down slightly from the 2012 figure of €1.6 million. 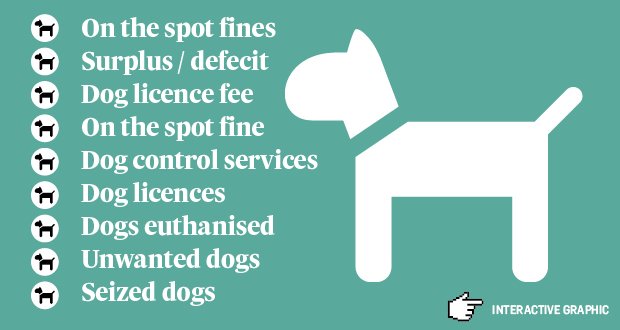 Just seven of the 34 local authorities across the State have a surplus in their accounts for dog control services.

The number of people buying individual dog licences fell slightly to 188,711 last year, down from 188, 910 in 2012. Kerry topped the list of highest percentage of dog owners per head of population with almost 12 licences for every 100 people.

trend of fewer dogs being put down is continuing with 3,516 dogs euthanised in 2013 compared to 4,500 a year earlier. A spokesman for Minister for the Environment Phil Hogan said it was a matter for local authorities to reduce their own deficits and to enforce fines.

“However, my department encourages all local authorities to manage their dog control functions in an efficient and effective manner,” he said.

“There isn’t any particular reason why it should be difficult for councils to enforce fines where they are raising less revenue than the cost of their dog control service.”

Asked if current systems running a deficit is sustainable, he said: “Sustainability is not the only concern here. There is an obligation on local authorities to implement the legislation and do it in as cost effective manner as possible.”

The Dublin Society for Prevention of Cruelty to Animals head of education Gillian Bird said she estimated that about one in five dog owners has a dog licence.

She called for more education of dog owners regarding their legal responsibilities. She said it was all very well to issue fines, but many people were unaware of what the law was.www.environ.ie/en/Publications/LocalGovernment/DogControl/