Zero-waste shaving: The guilt-free way to be fuzz-free

One Change: For a sustainable shave, ditch the disposable razor and go back to bygone ways 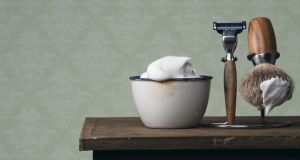 A vintage razor can last many lifetimes if cared for. Photograph: iStock

This column could be mistaken for one on bygone ways or past customs, due to how often we recommend practices and products from previous generations. This column, on sustainable shaving, remains true to form. The monster in the room is clearly the plastic disposable razor; an utterly non-recyclable item that has replaced its far superior and cheaper predecessors – the safety razor and the straight-edge blade.

The average bearded man who shaves daily needs to replace their razor or razor cartridge every two to three weeks. That’s a hell of a lot of razors used and disposed of from adolescence to the grave. These then lurk for centuries in landfill before they eventually break down, whereupon they pollute the surrounding soil. Multi-blade razor cartridges are somewhat better than single-use disposable ones, though they can be 10 or 20 times more expensive.

Far better would be to invest in a steel safety razor that can last many lifetimes, if cared for. In fact, best of all would be to buy a pre-used or vintage one online. The same blades that were designed for it a century ago are still readily available and cost about €25 for a year’s supply, as opposed to about €75 for disposable multi-blade cartridges. The blades come austerely wrapped in wax paper and a minimalist cardboard box. They’re made of recyclable stainless steel, which your scrap-metal recycler will accept (though not your green bin).

An even greener option would be the straight-edge (cut-throat) razor which are now being re-introduced in barber’s shops for the closeness and smoothness of the shave they offer. You’ll need to learn how to use one, and how to sharpen and hone the blade regularly, but, if well maintained, that same blade could still be being used by your great-grandchildren when they come of age.

Maintaining the blades of even disposable razors will prolong their lives; cleaning and drying them prevents them from growing dull or rusty. Avoid leaving them in the shower where they rust faster; even better, avoid shaving in the shower at all, as it uses more water, unless you are rigorous about turning on and off the tap. Much of the environmental impact of shaving comes from heating the water. This can be avoided entirely by using an electric shaver, as long as it’s a quality one that will last many years.

Another way to reduce your water use is by using shaving oil instead of foam or gel. The Castlebar-based company De Facto (defactoshave.com) creates an oil made of lavender, grapeseed, clove bud and sesame oil which is free from the toxic carcinogens and endocrine disrupters found in some commercial shaving cream brands (studies have shown some brands contain parabens, triethanolamine and isobutane, which have been linked to certain diseases including breast, testicular, liver and bladder cancers).

Using two or three drops of oil instead of a palm-full of foam will also cut down on packaging. De Facto claims that if just 1,000 Irish people switched from shaving foam to oil we could divert 500,000 non-recyclable aerosols from landfill over a lifetime.

The choices we make in the simple act of shaving can impact the ground toxicity, water quality, the amount of fossil fuels used to heat water and our potential exposure to carcinogens. It’s all a bit bewildering – maybe staying hairy is the best option. A thick pelt might also save you on your heating bills. 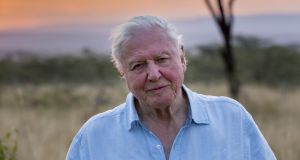 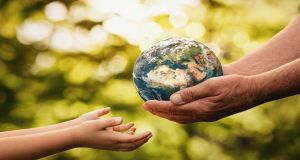 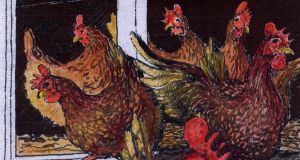